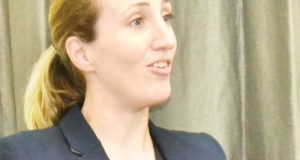 She was speaking in Lilongwe on Tuesday during the send-off of 12 people who are going to the United Kingdom study, courtesy of Chevening Scholarship.

“For a nation to develop, it needs people who are educated in various fields such as leadership, commerce and others,” Tett said.

The Chevening Scholarship is awarded to scholars who have shown great academic excellence from over 150 countries in the world. Malawi started benefitting from the programme in 1983.

Tett said continuation of the programme shows the commitment of the British government to the provision of quality education in Malawi.

Minister of Education, Science and Technology, Bright Msaka, hailed the British Government for its continued contribution to the education sector.

Msaka said human capital development was on top of the government’s agenda.

“The success of the nation lies in educating its citizens,” Msaka said.

Some of the previous awardees of the scholarship were also welcomed back into the country. One of them, Tendai Muneno, who graduated with a Master of Arts in Development at University of Sussex, said her experience is worthwhile.