The Institute of Chartered Accountants in Malawi (Icam) has questioned how the government intends to finance the K242 billion budget deficit in the 2018/19 fiscal year.

Reacting to the budget statement Finance Minister Goodall Gondwe presented in Parliament two weeks ago, Icam has expressed worry over the failure by the local Chancellor of the Exchequer to balance expenditure with available resources.

“We wonder how the deficit will be financed. Should we really be budgeting for the deficit up to now? As a country, should we not move away from planning a deficit than focusing on what we have or can generate and spend within our means?” Queries Icam in a post -budget analysis signed by its president, Henry Chowawa.

The professional body says the projected deficit poses significant risks on desired levels for interest rates and other economic fundamentals.

This year, Capital Hill intends to borrow K242.9 billion to finance its operations from July 1 to June 30 2019, of which K176.1 billion will be borrowed on the domestic front while K66.8 billion will be foreign debt.

Gondwe said in his budget presentation that Capital Hill would raise the tax-free income bracket under Pay As You Earn (Paye) from K30,000 to K35,000 per month.

Icam says it is aware that a significant increase in tax-free band might have consequences on the tax revenue which could also result in government borrowing money.

“We suggest that the tax-free bracket should still be improved further but in a phased manner having regard to the tax revenue budget line.

“Further, we suggest that the tax-free bracket should be aligned to the minimum wage,” reads the analysis in part.

The accountants have also queried the 25 percent increase in the allocation for Farm Input Subsidy Programme from K33.2 billion to K41.5 billion which is far much higher than the anticipated inflation rate.

Icam says the hike is a contradiction to the promised gradual reduction and eventually exiting the strategy as it is not yielding the desired results.

“We recommend that funds be re-allocated to more productive initiatives like Green Belt and funding of mid-income farmers / growers.

“We need to rethink the food production strategy as subsistence farming has not worked in this country. It is better to let those who can produce it efficiently do it to feed the nation and find alternatives to the rest of the subsistence farming population,” the accountants say.

According to Chowawa, Icam agrees that the new system will enhance speed and security in processing government financial transactions if properly used.

“However, it is not clear if the new systems will adequately address the challenges faced by the previous system. The government is also silent on the people issues of Ifmis. The technical issues of Ifmis seem to be addressed so far but how about the people issues? Even if the system may be improved to be the state-of-art but it still has to be managed by people,” he said.

Icam also condemns the looting of public funds by professional accountants as was the case in the cashgate.

OPC must lead by example 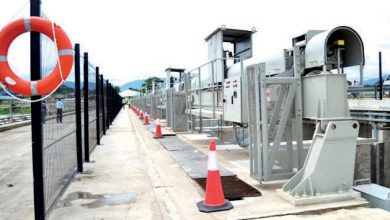