Burundi’s governing party has said Secretary-General Evariste Ndayishimiye will be its candidate in the country’s presidential election scheduled for May.

The announcement by the CNDD-FDD party on Sunday came at an extraordinary congress attended by President Pierre Nkurunziza.

An ally of Nkurunziza, 52-year-old Ndayishimiye also heads the department of military affairs in the president’s office and has served as minister of the interior and security.

Nkurunziza, who came to office in 2005, announced in June that he will not seek re-election.

The 55-year-old was widely expected to take advantage of recent constitutional changes adopted by a referendum to stand for re-election, raising concerns that Burundi would see a repeat of deadly unrest that erupted after he controversially stood for a third time in 2015.

The ruling CNDD-FDD party has welcomed his decision to stand down, conferring on him the title of Supreme Guide of Patriotism and lavish send-off perks including a luxury villa and a one-off sum equivalent to more than $500,000.—Al Jazeera 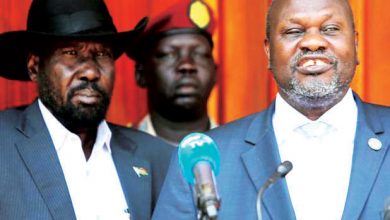