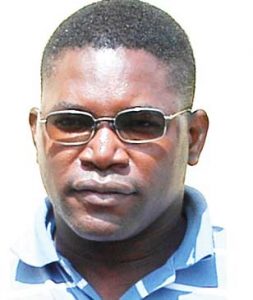 Business came to a standstill in the country’s major cities Thursday as Malawians took to the streets, protesting May 21 Tripartite Elections results.

Traditionally, businesses have not been spared from election fever in past general elections.

For almost a month, the business operating environment has been slow, largely due to the after-effects of the May 21 polls.

Thursday, most shops in Lilongwe, Blantyre, Zomba and Mzuzu remained closed while those open were poorly patronised.

Manager for one of the foreign supermarkets at the Chichiri shopping mall in Blantyre, who did not want to be named, said patronage, was drastically low as not many people were walking into the shop the way they do in a normal day.

In an interview, shop Manager for Kodak Photo Studio at the Chichiri Shopping Mall in Blantyre, Muhammad Faisal, said they lost business and customers’ inflow was affected.

“This is the peak hour and we receive a lot of customers at this time but, as you can see, there are no people here, people are afraid of coming to the shops because of the demonstrations so; so, it really has impacted the business,” Faisal said.

Brian Tingonyama, who runs Sawati Stationers at the Northgate Arcade along the Masauko Chipembere Highway in Blantyre, said the development was expected but the impact was not grave for the stationery business.

“Not many people are coming to the shop because of the demonstrations. However, this was expected and we hope that business will pick up after today. After all, these people are just exercising their right.” Tingonyama said.

“It’s people’s right to demonstrate of course, but the uncertainty being created is negatively affecting businesses,” Chiutsi said.

The political uncertainty forced Malawi Confederation of Chambers of Commerce and Industry, an umbrella body of private sector players, to postpone its trade fair.

The exhibition, which was initially scheduled for June 20 to 30 2019 was postponed to August the 31 as countries withdrew their participation.