Her husband abandoned her 15 years ago. Since then, the 51-year-old has, single-handedly, been fending for her four children and two grandchildren.

Ntagaluka Village is located close to Bakili Muluzi Bridge in the lakeshore district. The village’s proximity to the Shire River has always worked to the advantage of Chindamba.

For the past years, she has relied on fish vending to generate income for the needs of her family. However, fish stocks have been dwindling over the years.

“There was time fishermen could catch lots of fish, including chambo but not anymore. I really can’t recall the last time I stocked Chambo,” she Chindamba says.

Her concern is well documented by the Fisheries Department in the district.

The records indicate that Upper Shire has several varieties of fish whose stocks, led by chambo, have been declining worryingly.

The dwindling of catches of Chambo in the Upper Shire Region has jostled the Fisheries Department to start exploring alternatives.

Msusa says the department, in partnership with Food and Agriculture Organisation (FAO), has embarked on aquaculture through the Cage Culture Initiative, to boost production of Chambo fish in the region.

Technical Lead Implementation Officer of the Cage Culture Initiative, Titus Phiri, says the bathymetry study (measurement of water depth in oceans, rivers or lakes) for the region was done in May, 2019 and that additional surveys established that its nutrient content levels could not disrupt the process.

“Studies were conducted from the Bakili Muluzi Bridge to the mouth of Lake Malombe and it has been established that the region has few snails which means nutrient content is normal.

“The region also contains fresh water with good quality, which is fine for the fish because they will feed on industrial feeds,” Phiri says.

Under the initiative, five cages were constructed in December last year which have since been installed in Shire River’s upper region.

In the pilot phase, 22 lead fish farmers in two beach village committees in the area are involved. These are expected to train others once the pilot phase is successful.

What remains now is stocking of fingerlings for breeding as pilot stage of the project, according to Phiri.

Like Msusa, Phiri notes the big gap between the supply of Chambo fish against the ever-increasing demand and observes that equipping fishers with aquaculture skills would be ideal in bridging this gap.

“Chambo is a species which is generally loved by Malawians and [therefore], is one of the major candidates for aquaculture but it has become scarce on the market.

“So, we would like to teach people to grow fish instead of relying on naturally grown fish,” Phiri says.

FAO Chief Technical Advisor, Niklas Mattson, indicates the project may roll out to the rest of the country’s stretch of water bodies upon the success of the trial stage of the five cages under pilot.

“As FAO, we are already working at Lake Malombe on a different project, but for the Upper Shire River, we are still on pilot stage. We are discussing with relevant stakeholders on the possibility of taking the Chambo Fish Cage Culture Project to a large scale,” Mattson explains.

He says the initiative can boost catches as well as empower local households economically through contract farming.

“The good thing with this project is that small-scale farmers will have to be involved. This way, they will easily be exposed to bigger markets like Maldeco,” he adds.

Once exposed to bigger players such as Maldeco Fisheries, Mattson says small-scale farmers will also have the advantage of transportation being catered for.

In January 2017, FAO embarked on a ‘Fisheries Resilience for Malawi’ Initiative targeting 54,000 households around Lake Malombe.

The initiative aimed at building resilience in the fisheries sector by December, 2021. Like the Cage Fish Farming, it attempts to benefit households around the lake whose lives solely depend on fishing.

The coming of the Chambo Fish Cage Culture Project in the Upper Shire Region is expected to boost Chambo Fish production in the area.

The initiative has also revived the hope of fish vendors, like Chindamba, who have been in constant need of redemption. — Mana 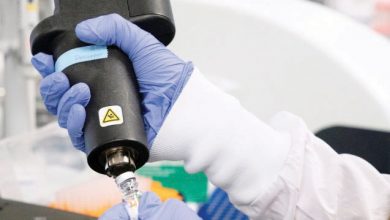