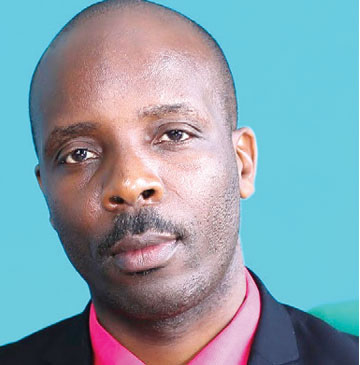 As the clock ticks agonisingly so mightily close to Tuesday’s tripartite elections over 2,000 voters—inmates in the country’s prisons—face an unpleasant prospect of merely voting because it is their constitutional right to do so; otherwise, lack or limited access to competing party manifestos, candidates and campaign rallies means the prisoners will cast their votes based on how good the font of the parties’ names and photographs of candidates look on the ballot papers. PETER KANJERE visited Chichiri Prison last week Thursday and got firsthand information from the inmates on the frustration of being a registered voter in the country’s prisons. More in this FRIDAY SHAKER.

Francis Tebulo is serving a 13-year jail term. While in prison, he has voted twice in the country’s general elections but, ahead of Tuesday’s tripartite elections, he is weighing the opportunity cost of doing so.

Tebulo has, in prison, never seen a ward councillor, member of Parliament let alone president he has ever voted for.

In the buildup to previous elections, he could vote based on campaign promises accessed through television screens and radios at prison. Now, he and other prisoners claim, the television sets are not functional.

“I have voted twice but I have never benefitted in any way. The member of Parliament we voted for never visited us except when it was campaign time. We still struggle to access food… clothes…we do not even have slippers,” said Tebulo, who was incarcerated for burglary and house-breaking.

Another prisoner said there was no need to even vote because prisoners were sidelined as if they were not Malawians.

Allan Ngumuya is the past immediate legislator for Blantyre City South Constituency where Chichiri Prison belongs. He admitted that it was not easy for him to visit the prison.

“There are restrictions [stopping politicians] from [campaigning in] such sensitive places. You cannot visit them as a politician but when I was campaigning for the position, I used to go there just like any other individual to present donations. I earned many votes from the prison. However, I am not sure as to what strategy the current candidates are using in as far as courting the voters from the prisons are concerned,” said Ngumuya who will not stand again.

There are 1,933 inmates at Chichiri Prison, out of which 1,200 are registered voters.

Overall, a 2018 Malawi Inspectorate of Prisons Report to Parliament indicates that the country’s prisons have an estimated 14,778 prisoners.

Most of the prisoners complained that they hardly access news on television.

However, that politicians do not visit prisons is not out of choice.

Section 56(62) of the Act says: “no person shall hold a campaign meeting under this Act in or within the premises of-(a) military units or police stations, (b) public institutions and workplaces during normal working hours (c) education institutions during periods of classes.”

But another inmate, Gift Keyala, who is serving a 10-year jail term at Chichiri, complained that such electoral laws are applied selectively.

He said there were times Malawi Prison Service authorities entertained a first lady to donate materials to the prisoners without necessarily campaigning.

He, however, recalled that the prison authorities once turned back a wife to Malawi Congress Party presidential candidate who wanted to donate to the prison.

“The law is applied selectively. A first lady came here and yellow chairs that are associated with United Democratic Front (UDF) were removed from the front row of where the donation presentation ceremony took place. That is not applying the electoral law but mere political correctness,” Keyala said.

Some of the prisoners do not feel like voting because they lack national identity cards. They doubt that they would be entertained at polling centres.

Another prisoner complained that he registered in his home district of Chikwawa and does not see the possibility of being allowed to vote in Blantyre.

True to his fears, Malawi Electoral Commission (Mec) Chairperson, Jane Ansah, in a speech she delivered at a press conference in Lilongwe on May 14 2019, stressed that the electorates would only vote where they registered.

“The commission wishes to reiterate that there will be no transfers on the polling day; everyone will vote where they registered. Only polling staff employed by Mec, including security officers, will be allowed to vote where they have been deployed.

“The commission has done this to avoid distorting voters register and ferrying of people on the polling day. All political parties and candidates are encouraged to place their monitors at the centres where they registered or the centre nearest to where they registered so that they can also vote. Monitors and observers will not be allowed to transfer,” Ansah said. 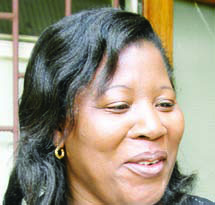 But, maybe, there is a way out because the same electoral law gives Mec discretion to allow some people to vote in areas they are not currently based.

Perhaps, the biggest dilemma facing the country’s inmates is that, for the first time in many years, they would, if they have to, vote for candidates whose manifestos they never accessed.

Generally, the prisoners feel sidelined from the electoral process, as, apart from the civic education campaign which Centre for Human Rights Education, Advice and Assistance (CHREAA) conducted at Chichiri Prison last week on Thursday, nothing has happened to put the inmates on the same page with the rest of the 6.8 million voters.

“Not much has happened on the ground. CHREAA was accredited to conduct vote and civic education in all prisons but because of lack of funding we have scaled down our activities. CHREAA will provide voter and civic education in Southern and Eastern regions only hoping that Nice [National Initiative for Civic Education Public Trust will] cover the other prisons.

“In 2014, CHREAA and Nice managed to civic-educate prisoners and distributed manifestos to prisoners since political parties are not allowed to campaign [in prisons]. It will be difficult for them to make informed decisions,” Mhango said.

However, Mec Media and Public Relations Director, Sangwani Mwafulirwa, insisted that they entrusted Prison Band with civic educating the inmates in the country’s prisons.

“Mec engaged the prison drama group to conduct voter education in all prisons across the country and they are currently doing that,” Mwafulirwa said.

Southern Region Prison spokesperson, Julius Magombo, also believes the prison authorities have done enough to ensure that the prisoners are part of the electoral process through giving them access to news.

However, despite the electoral information blackout which most of the inmates have been subjected to, Mhango believes exercising the right to vote is not optional for the inmates, arguing that they owe it to relatives, children and friends who are back home to help in putting in office right leaders.

Mhango believes the inmates can make a decision.

But another prisoner does not believe a mere picture is worth a thousand electoral words.

“I was jailed here [Chichiri Prison] in 2008 and I will be released in 2024, so why should I vote for a mere photograph? Doing so would be like falling in love with the picture of a pretty girl you have never met physically,” he said.

But they say the devil is always in the details. Unfortunately, the inmates do not have access to such details; so, chances are they would contribute to putting in office wrong candidates.

Indeed, that would be like marrying a beautiful girl you have never met in person just because you are impressed with her picture. It is called fantasy. Unfortunately, elections are serious business.