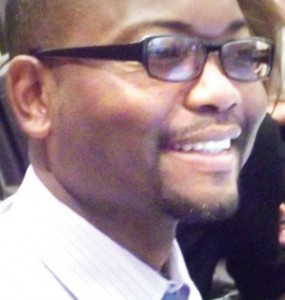 As the country’s health sector continues to struggle to provide essential treatment in most health facilities, cancer patients receiving treatment at Queen Elizabeth Central Hospital (QECH) in Blantyre are overcrowded in Ward 2A, The Daily Times has established.

The Daily Times crew that visited the hospital on Wednesday found some patients sleeping on the floor in the ward which is supposed to admit 24 patients but as of yesterday it had 65 patients.

One of the guardians, Beriton Pindani from Liwonde in Machinga, said his sister was admitted on Monday and has since been sleeping on the floor despite being seriously ill.

“There are inadequate beds and beddings but we have at least been provided with a mattress,” he said.

Oncology clinical officer, Yankho Jere, confirmed the development, saying patients on chemotherapy need to be treated with extra care as they are prone to infections since their immune system is low.

“There is a high risk of infection from one patient to another and there is no privacy since one patient listens to everything a health worker is discussing with another patient. It’s also difficult for us to administer treatment to the patients in such a crowded environment,” he said.

Jere added: “There is nothing we can do since this is a referral hospital and we have patients from across the country. The wards are congested all the time, especially during clinical days since some patients can’t go back home because of their condition.”

He also said Karposis Sarcoma is the most common cancer at the moment followed by Esophagus, Lymphoma, Breast and Cervical cancers.

According to Jere, the QECH Oncology Department assists an average of 46 patients per day.

“For instance, today (Wednesday) we roughly attended to 111 patients, including in patients whom we usually examine in the morning and later in the day,” he said.

When contacted for comment, Ministry of Health spokesperson Adrian Chikumbe asked for more time to investigate the matter.

Executive Director for Health and Rights Education Programme, Maziko Matemba, said it is sad that the hospital congestion seems to be the order of the day in recent years.

“This is an indication that things are not right in our health system. It seems we relaxed in terms of extending our health facilities as the country’s population keeps growing. This is an urgent matter which needs urgent consideration,” he said.