The case in which UTM President Saulos Chilima wants commissioners of the Malawi Electoral Commission (Mec) to be fired will have to await the certification of Chief Justice Andrew Nyirenda before hearing commences.

The development comes at a time the commissioners are left with less than 20 days on their contracts.

One of Chilima’s lawyers, Khumbo Soko, confirmed the development in an interview Tuesday.

Soko said they have finalised the administrative processes to send the file to Blantyre for Nyirenda’s certification.

“There was no hearing today. We were just finalising the administrative processes so that the file is sent to the Chief Justice for his certification,” Soko said.

Nyirenda will have to decide whether the case be heard as a constitutional matter or not.

Chilima took the matter to court following the failure by President Peter Mutharika to nod to the firing of the commissioners as recommended by the Public Appointments Committee of Parliament (Pac).

In February this year, Pac found all Mec commissioners, including Chairperson Jane Ansah incompetent and not fit to preside over a fresh election which the Constitutional Court ordered should be held within 150 days from February 3.

But Mutharika described the recommendations as laughable, citing a number of reasons, including Pac’s failure to give the commissioners enough time during the enquiry.

Briefing reporters in Lilongwe Tuesday, Mec commissioners Jean Mathanga said she will not resign, saying she will only go when her tenure at the electoral body expires on June 5 this year.

Mathanga insisted that she is not incompetent as indicated by Pac and that, therefore, she cannot step down.

Malawians are expected to vote in a fresh election on July 2 to elect a president following the nullification of the May 21 2019 presidential poll. 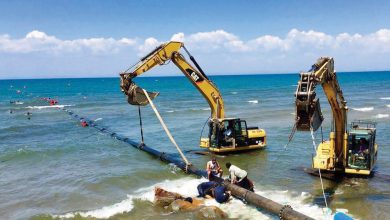