Cecelia Manjolo was in destitution alongside her children following the death of her husband in 2015 since the husband was the only breadwinner in the house.

Life became unbearable and Manjolo scarcely had food or money for school fees for her children.

“The death of my husband left a huge gap to the extent that I was relying on well-wishers for food and other basic necessities.

“It was not easy to survive and only God knew where our next meal would come from,” Manjolo said.

Luckily, she was later selected as a beneficiary of Mtukula Pakhomo, an unconditional cash transfer targeting ultra-poor, labour-constrained households like Manjolo.

“This was a turning point in my life; I started receiving K17, 000 every month.

“The money is helping me a lot to buy food and pay school fees for my children,” said Manjolo, who now invests part of the money in various ventures.

“As I am talking, I have built a house and I have livestock,” she added.

Manjolo, 58, is among 8,118 people in Phalombe District who are receiving money through the government’s Social Cash Transfer Programme (SCTP) also known as Mtukula Pakhomo aimed at reducing poverty and increasing school enrolment.

SCTP has proved to be worthwhile as a recent publication titled Realising the Full Potential of Social Safety Nets in Africa, quotes the World Bank as putting Malawi’s SCTP among five programmes with significant impact.

However, other schools of thought attribute the success to heavy dependence on donors, casting fears it may not be sustained once the donors decide to reduce or stop funding.

The critics wonder what would happen to the life of Manjolo and others who solely rely on SCTP for their living if donors stop contributing towards the programme.

In response, the government through Community Savings and Investment Promotion (Comsip) embarked on a three-year project from 2019 to 2021 dubbed Building Sustainable Livelihoods for Ultra-poor (BSLUP).

BSLUP is being implemented in Phalombe and Mulanje districts as a graduation transition for SCTP beneficiaries such as Manjolo to build sustainable livelihoods in case of any eventuality such as donor fatigue.

Project Manager for BSLUP in Mulanje and Phalombe, Fred Kazombo, said in contrast to administrative graduation where beneficiaries are removed from the cash transfers, the programme would like to change people’s socio-economic status.

“We recognise that donors might get tired one day and stop supporting Mtukula Pakhomo and the programme is preparing beneficiaries of any eventuality and start to think outside the box.

“Through the project , Comsip has lined up tasks such as group and savings mobilisation, mindset change, accumulation of productive assets, nutrition and health support,” Kazombo said.

“Through the village savings and loans groups, members are able to re-invest their profits into small-scale businesses for their survival.

“This means even SCTP beneficiaries can also use the money to invest in small-scale businesses and that should Mtukula Pakhomo stop, they can still stand and move on with life” Gondwe said.

A 2012 Malawi Integrated Household Survey indicates that 50.7 percent of the country’s population lives in poverty by national standards and 24.5 percent of them are considered to be ultra-poor.

To this effect, BSLUP creates opportunities for members of the community such as Manjolo to save and invest in attempt to enable them graduate, improve and increase household incomes.

Again, SCTP is in line with Sustainable Development Goals (SDGs) which more than 150 world leaders, including Malawi President Peter Mutharika, adopted at UN headquarters in New York on September 29 2015.

“With respect to the SDGs, we are going to end goal number one on poverty alleviation with specific targets.

“We know 80 percent of the population lives in rural areas and they are our farmers who produce all the crops. So, we are going to make sure that they are able to make income from their produce,” Mutharika said.

“We are also going to introduce…the cash transfer so that people can be using it to pay school fees and in other productive activities like farming,” he said in his address to the UN General Assembly.

Mutharika was optimistic that the beneficiaries will in future become financially independent as they would be in a position to generate their own money.

“The beneficiaries will in future not be in need of money through those programmes as they will be able to generate their own. However, all this cannot be achieved in a day,” he said.—Mana

They will strike again 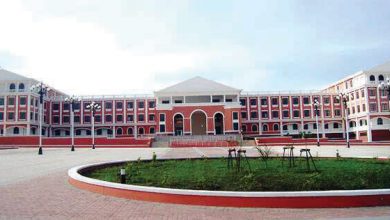 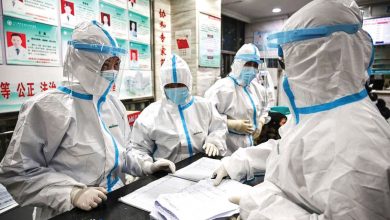