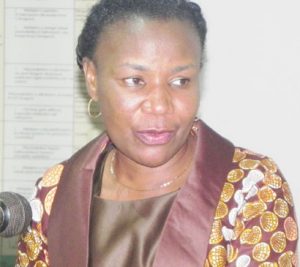 Ruling Democratic Progressive Party (DPP) primary elections in Mangochi were on Sunday marred by chaos after disagreements rocked almost all constituencies where the exercise was conducted.

In Mangochi West, presiding officer Aaron Sangala and incumbent parliamentarian Geoffrey Chiwondo struggled to access the venue after unknown people blocked a road leading to Nankumba Ward, where the party was scheduled to hold elections.

“I was nearly killed and it is by sheer luck that honourable Sangala and I have survived. It seems people are not interested in accepting defeat. This is bad for democracy,” Chiwondo said.

While in Mangochi Monkey Bay, incumbent legislator Ralph Joama who joined the DPP from the People’s Party, was declared winner following the withdrawal of his only challenger Hophmally Makande.

Despite some disagreements on composition of the Electoral College for some areas in Mangochi Central Constituency, business woman Victoria Kingstone won with 2,226 votes against Vincent Makda who got 1,700 votes after two rounds of voting in two wards of Koche and Nthundu.

While the elections went well in Koche Ward, some disagreements emerged during voting at Mangochi Stadium, where Makda’s team demanded that people should vote without following party structures.

After several meetings with presiding officer Grace Chiumia, the voting went on until 7pm.

“You have observed the challenges that were there, but what is important is that we have managed to complete the process and the party will make an official announcement after analysing the process,” Chiumia said.

However, Makda refused to accept the results.

DPP secretary general Grezelder Jeffrey, who supervised the process, said what she got were unofficial results.

“There is a committee and this committee will meet to discuss the whole process and challenges that were faced. After that process, our spokesperson Nicholas Dausi will share with the public the results,” Jeffrey said

US speaks on political violence