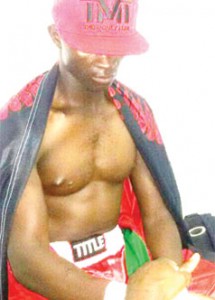 According to reports, Misanjo dominated the first three rounds, but retired in the fourth round after his opponent became aggressive and rough.

His promoter, No Pain No Gain Boxing Promotions managing director, Craig Rousseau, said he was disappointed with the manner in which Misanjo retired.

“We all know that Mbiya is an aggressive and rough boxer who can become nasty if things are not going his way. When he realised that Misanjo was leading, he decided to hit our boxer behind his head. It was an unfortunate incident because the referee and judges missed it. Instead of fighting on, Misanjo just retired. I felt Misanjo could have retaliated by coming tough and rough as well instead of retiring,” he said.

Rousseau said Misanjo would not be given another international fight unless he changes.

“He let us down when we felt that he could win,” he said.

“It’s something which we need to critically analyse. It also happened in 2010 when he retired from a bout he was dominating against Osgood Kayuni. It seems old habits die hard. You cannot give away a fight you are dominating,” he said.

Misanjo told the Namibian press that he was confused and did not know what was happening.

Drug Fight Malawi need should not waste our time