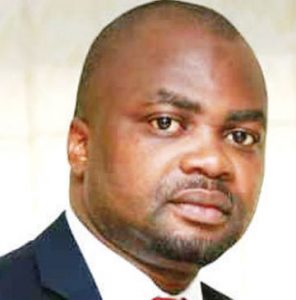 Nyasa Big Bullets Finance Director, Chifundo Makande, is no longer contesting for the position of Super League of Malawi (Sulom) treasurer and is, instead, supporting his fellow director at the People’s Team, Malinda Chinyama.

This means Chinyama and Ernest Mangani are the only candidates to contest for the position during elections set for Kabumba Hotel in Salima District Saturday.

Makande said he has decided to withdraw his candidature as he is also pursuing political ambitions.

“I have decided to withdraw following consultations with my family, friends and, above all, the club [Bullets]. I am supporting Mr Chinyama and have also asked clubs that nominated me to shift their support to my fellow director. I believe it is in order for me to withdraw as Sulom rules bar people who are active politicians from holding positions,” he said.

Makande is vying for a parliamentary seat in Balaka Central East Constituency under the Democratic Progressive Party.

Chinyama, who is technical director at the People’s Team, thanked Makande for withdrawing and supporting his quest to become Sulom’s purse-keeper.

“It is normal in a democratic world for people from the same institution to vie for the same post. In this case, my colleague [Makande] wants football to be the winner. I am pleased that he has also asked clubs that nominated him to support me,” he said.

Mangani, who is also Football Players Association of Malawi General Secretary, said he is also confident of emerging victorious in the contest, claiming he has support from delegates from various clubs.

Incumbent Sulom Treasurer, Tiya Somba Banda, is set to assume the Super League governing body’s presidency as he has no competitor for the post.

General Secretary Williams Banda will also retain his position as there is no one challenging him.

Sulom President, Innocent Botomani, is not contesting for re-election and will officially relinquish his position at the gathering.

The new committee’s first task will be to organise this year’s TNM Super League which is expected to kick off on April 6, according to Football Association of Malawi’s calendar.