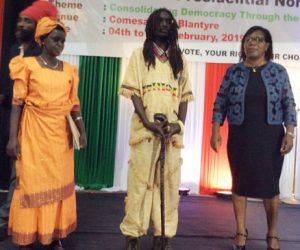 The High Court in Blantyre has set aside February 18 2019 for an inter partes hearing of an injunction which one of the presidential aspirants, Ras Chikomeni David Chirwa, wants to get, asking Malawi Electoral Commission (Mec) to extend time for him to sort out shortfalls in his presidential nomination papers.

Mec Chairperson, Justice Jane Ansah, rejected Chirwa’s nomination papers because, among other reasons, he did not pay the K2 million nomination fee and failed to secure the required number of nominators in some districts.

Centre for Human Rights Education, Advice and Assistance (Chreaa) Executive Director, Victor Mhango, said Chirwa is being represented by Chikondi Chijuzi of Chreaa and Mauya Msuku for free because they understand that the case infringes on his human rights.

Mhango said Chreaa is being assisted by Dr Ngeyi Kanyongolo and other civil society organisations.

Chirwa wants Mec to give him more time so as to raise the nomination fee and secure enough signatories, saying, being an independent presidential candidate, it is difficult for him to get the nominators across the country within a short time.

Chirwa also argues that the fee is prohibitive and that only rich people can become State presidents.

Commenting on his rejection, Chirwa said it was sad that he was being asked to pay for his constitutional right of vying for public office.

“It is very sad. I just came to exercise my constitutional right to contest in the elections but they say there are rules. This is my right and why should I pay to enjoy my right? They are talking about the Parliamentary and Presidential Elections Act while I am talking about the constitution of the land, which is superior,” he said.