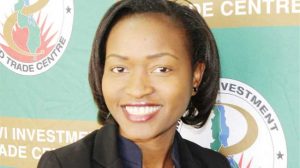 Malawi is targeting to send at least 25 firms to the Beijing 2019 International Horticultural Expo, which started Monday at China’s Yanqing district.

Local firms that are expected to take part in the expo are drawn from all key sectors of the economy.

They will go to China in phases of at least five each month according to the Malawi Investment and Trade Centre (MITC).

MITC Public Relations Manager, Deliby Chimbalu, said the Centre had set a target of identifying market opportunities worth about $300 (about K222 billion) million at the expo.

She said the 2019 Beijing Expo would provide an opportunity to network and clinch possible export deals.

“We believe Malawi’s participation at the Expo is a great opportunity to find potential markets for various Malawi products, we are targeting at least 25 Malawian companies to participate at this Expo so that they can learn and network with potential buyers and possibly discuss some business deals,” Chimbalu said.

Chimbalu said, despite targeting the horticulture sector, the exhibition open to all sectors.

Malawi’s exports to China are dominated by tobacco, totalling $36.7 million out of a total of $41.7 million in 2017, according to the International Trade Centre.

A recent study by the MITC showed that China was the biggest market for Malawian small and medium enterprises under the Enhanced Integrated Framework Project with a $141 million demand in 2018.

The study also indicated that the second largest market for Malawi SMEs in the year was South Africa, with a demand of $100 million followed by Zimbabwe with a $76.6 million demand.