Misunderstandings between some Christians under the Anglican Church and the Muslim community in Balaka District turned ugly Monday as members of rival camps fought for hours before police intervened.

Business at Mangochi turn-off market was affected as some of the angry people targeted several grocery shops.

Windows for M’manga Parish primary school, a mosque and a house belonging to Reverend Mphatso Bango of the parish was damaged.

Between 11am and noon, the fight took a new twist as the angry people went door-to-door beating women believed to be of rival camps.

“We have assessed the damaged facilities, including a mosque, houses, classroom blocks and M’manga Parish belonging to Anglican Diocese of Upper Shire. The situation has been controlled although businesses are yet to resume,” Sauka said.

Sauka said they were yet to make any arrest over the matter considering that the two parties were engaged in dialogue.

“It is a concern that issues which could have been solved by dialogue have reached this stage. We appeal to authorities from the two rival camps to engage in a sober discussion to end this problem,” he said.

Classes in three primary schools and a community day secondary school were suspended a month ago due to disagreements between the Anglican Church and Muslim community who want Muslim girls to be allowed to put on Hijab while attending classes.

M’manga Parish priest, Mphatso Bango, said the church does not allow female learners to put on Hijab while in class at the school, which the church constructed before handing over to the government.

Balaka District Education Manager, Ignacio Kameni, said his office had failed to resolve the matter and referred it back to the headquarters. 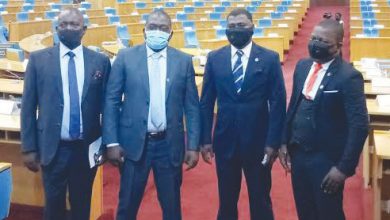 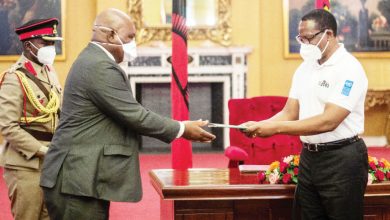