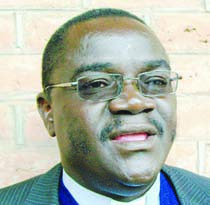 Members the newly formed Unity Against Corruption movement have asked Malawians to fight corruption other than waiting for politicians to take the lead.

The members are Church and Society of Livingstonia Synod of the Church of Central Africa Presbyterian (CCAP), Malawi Law Society (MLS), Youth and Society and Centre for Human Rights and Rehabilitation (CHRR).

Speaking during a debate conducted in Mzuzu on Saturday, human rights lawyer Wesley Mwafulirwa, who was amongst the panelists, said the use of citizenry’s will can be a strong weapon for fighting corruption which he said has penetrated both government and private sectors.

He said, if Malawians can choose to speak with one language and desist from electing corrupt leaders in the government and non-governmental organisations—including the church—Malawi can develop beyond recognition.

“I believe more in citizenry will than in political will. This is so because politicians are not in majority compared to the citizens. If citizens choose not to be corrupt and never give chance to corrupt leaders in all sectors, we can jointly achieve in making a new Malawi which will be corrupt-free,” Mwafulirwa said.

He cited an example of 1992 and 1993 when Malawians decided to have a new system of government from one-party rule to multiparty despite that there was strong political opposition.

MLS’s Victor Gondwe said, if Malawians can work together at all levels, the country can easily end corruption.

He said not only politicians are involved in corruption but also citizens at all levels.

Livingstonia Synod General Secretary, Reverend Levi Nyondo, said it is sad that some of the people who are involved in corruption are Christians who pretend to be upright when in church.