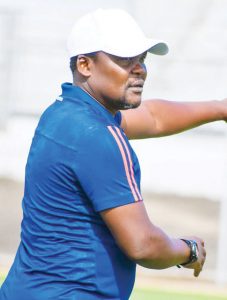 Chiwaula said the move would boost their preparations for the new season.

“We are pleased that coach Kaunda has accepted to be with us for the next three seasons. He is not a new member of the Civil family. He was here about three years ago and knows Civil very well.

“We believe his return will add value to the club. We have targets to meet and goals to achieve in the new season and we believe he will help us get there,” Chiwaula said.

Kaunda said he was happy to return to Civil and urged stakeholders to render the necessary support.

“This is the club I played for and I am grateful management for bringing me back to where I belong. I will try my best to help the team to win silverware at the end of the season,” he said.

Kaunda left Civil in 2019 and joined Mighty Wanderers, where he jumped ship again to Karonga United.

Meanwhile, Chiwaula has disclosed that the club has chopped 11 players on recommendation from the technical panel.

“We will be doing what the coaches want. We have no doubt that their decisions are for the good of the team,” Chiwaula said.

Civil are hoping for a better season after finishing on fourth position in last year’s TNM Super League season with 48 points.