Malawi is one of the countries in the Sadc region facing threats of wildlife crime.

The increased trend in poaching of animals such as elephants and pangolins is largely due to a growing demand for their ivory and scales on the international black market.

International Fund for Animal Welfare (Ifaw), a global non-profit organisation, therefore, engaged in a project to not only conserve wild animals in wild life reverses in Malawi and Zambia but help animals and people thrive together.

He says the Malawi-Zambia landscape has emerged as a major ivory transit and source landscape because of its geographic location, hence the focus of the project.

“Ivory moves from northern Mozambique, southeastern Tanzania and Zambia through to Malawi where it is illegally processed for consumer markets in Southeast Asia and China,” he says.

Ndadzela notes that this landscape is also under increasing poaching pressure as syndicates develop more sophisticated poaching and smuggling methods.

He says the goal of the project is to see elephant populations stabilise or increase in the landscape through a decrease in poaching-related mortalities.

“Malawi is both a source of illicit ivory and a significant transit and distribution hub for ivory sourced from surrounding countries. This criminal activity is driving elephant poaching in the Zambia-Malawi Transfrontier Conservation Area; therefore, enforcement measures to address the killing in Zambia must address trafficking in Malawi.

“Malawi is situated in the heart of Southern Africa with air transit routes to China as well as road transport links with Tanzania and Mozambique. Since January 2016, more than 100 cases of ivory buying, trafficking or trade in Malawi (many at the international airport) have taken place and Malawi was identified in the recent ETIS (Elephant Trade Information System) CoP17 report as being ‘one of four countries of primary concern,” he explains.

Ndadzela says the need to preserve wildlife cannot be overemphasised because “wildlife trafficking poses a threat to sustainable development across the globe, undermining the economic prosperity of many countries, threatening their natural resources and inhibiting benefits derived from legal nature-based enterprises like tourism.

“Wildlife crime erodes social stability and impoverishes citizens as their cultural and natural heritage is robbed. Natural resource-dependent communities are exposed to security threats and destruction of their livelihoods. Impoverished communities, with limited alternative sources of income, are more likely to facilitate or even engage in poaching activities,” he explains.

“Improved enforcement alone, while necessary, will not slow the illegal wildlife trade in time to save many critically endangered species. We are making sure that all stakeholders work in harmony by incorporating on-the-ground cross-border cooperation and a high-level enabling environment that prioritises conserving wildlife for economic development and local, national and regional stability.

“We are working with various stakeholders to ensure that wild life species are preserved. Some of them are Lilongwe Wildlife Trust in Malawi, Wildlife Crime Prevention in Zambia and the departments of National Parks and Wildlife (DNPW) in both Zambia and Malawi,” he says.

Ndadzela observes that community members are also key in combatting wildlife crime in the targeted areas.

“We are also making sure that communities living near protected areas participate in decision-making around wildlife management. Collaboration with communities is critical to preventing poaching. Without addressing the socio-economic drivers that motivate wildlife crime, strengthening law enforcement will be less successful.

“Building trust among communities, civil society, business and law enforcement has been critical in helping to develop community-oriented crime prevention approaches and support investigation of wildlife crimes as well as information gathering and sharing,” he explains.

The project is also making sure that there is effective and credible deterrence to continued illegal use of wildlife.

“This means implementing capable and effective apprehension, prosecution and adjudication systems and methodologies, combined with vigorous penalties for violators. Along with strengthening incentives and opportunities to promote wildlife conservation, it is critical to strengthen the disincentives to participate in wildlife crime.”

He observes that well-trained and properly supported rangers are key to bringing a halt to poaching and trafficking.

“Department of National Parks and Wildlife Zambia and Malawi rangers have seized over one tonne of ivory and arrested 75 suspected ivory poacher-traffickers, the majority in Zambia for over a 16-month period to the end of 2019. A further 30 arrests were made of suspects linked to illicit trade in live pangolins and dried pangolin scales. This is an incredible achievement.

“Media reports for 2019 indicate that at least 46 tonnes of ivory were seized globally last year. At least 41 tonnes of the ivory was confiscated in large multi-tonne seizures in four countries only – China, Vietnam, Singapore and one in Uganda.That makes the confiscation of up to one tonne of the balance by our rangers significant. They are making a sterling contribution to interrupting ivory trafficking in the Southern African region,” Greenwood says.

He adds: “We are making progress in Kasungu National Park. We fully expect to achieve for Luambe and Lukusuzi national parks in Zambia what has been achieved at Kasungu National Park. The aim is to fully secure the middle area of the Luangwa Valley which links them, providing a safe landscape through which elephants and other wildlife can safely roam,” he says.

According to Greenwood, Ifaw works with the Zambia Department of National Parks and Wildlife’s Intelligence and Investigation Unit in training its rangers in law enforcement to track down, apprehend and successfully convict poachers and traffickers.

In Zambia, the project is helping secure Lukusuzi and Luambe national parks where poaching has all but wiped out wildlife populations, including elephants.

Wildlife trafficking is a multi-billion dollar transnational organised criminal activity and a critical conservation issue and countries lose a lot of revenue. 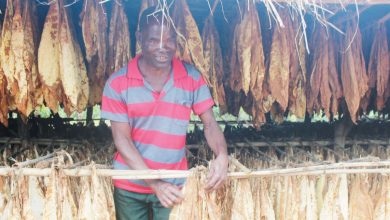 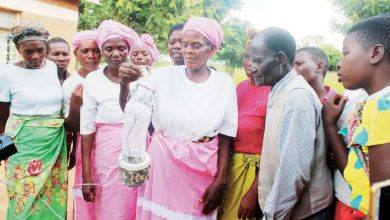