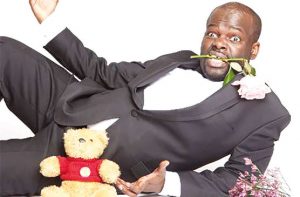 It all goes well for artists when they have a platform to use and have all the resources needed to propel their projects.

But where there are no resources and the infrastructure is poor, there is little or no progress at all.

The creative industry in the country has for a long time lobbied for better infrastructure but their voice has not been given the much needed attention.

Take for instance the once mighty entertainment Mecca Blantyre Cultural Centre (BCC) formerly French Cultural Centre which is still in a sorry state having been ransacked by thieves.

This was one of the most sought after arts hubs in the country and used to hold workshops for artists as well as host top international artists but today it is ‘dead’ venue despite hosting some events.

Malawi today has no proper arts hub to show to the world – a place that you would call a home for artists with all the arts disciplines accommodated.

It is because of the absence of such that renowned artist and creative entrepreneur Qabaniso Malewezi better known as Q and civil engineer Washington Chimuzu decided to combine their respective passions for the arts and property development.

Today the two are talking of nothing but an arts hub known as Kweza Arts Centre in Lilongwe spearheaded by an arts non-profit organisation Kweza.

Q said maybe through this creative space, they can give artists a home for them to raise their works.

“Maybe we can raise them well with a roof over their heads, a page to rest their dreams and a stage under their feet,” he said.

The team has already shown seriousness in the project by coming up with different strategies aimed at raising funds. A website for Kweza www.kwezaarts.org has already been developed.

Q said Kweza Arts is an art non-profit whose mission is to create arts spaces for artists, arts and cultural organisations and creative businesses in the country.

“Our vision is to elevate the arts experience in Malawi. Kweza Arts Centre will be a purpose built versatile arts facility that will foster the development and celebration of arts and culture in area 43 in the city of Lilongwe,” he said.

He added that the facilities’ objectives among others are to provide multi-use spaces that will cater for performing arts, visual arts, as well as community and corporate events.

The place will also offer office accommodation and workstations to artists, creatives arts organisations and arts-related businesses for the purposes of desk-based arts practice, creative development and administration of arts-related activities.

Kweza Arts Centre will also provide support for artists and creatives through capacity-building programming and access to resources.

By why is the centre needed now?

Q said the contribution of the creative and cultural sector to Malawi’s Growth Development Product (GDP) is currently at an estimated 4 percent.

He said this presents a big opportunity to formalise and grow the sector.

“Sector specific Infrastructure development will act as a catalyst to stimulate further growth in the creative economy via creation of jobs, establishment of more creative enterprises and more business activity for support services,” Q said.

According to Q, Kweza Arts Centre will meet artists’ needs pointing out that it will have a fully equipped multi-purpose performance space, a creative hub with office accommodation, meeting rooms and an e-resource centre as well as indoor and outdoor exhibition spaces for visual arts.

The place will also have a café/ restaurant and shops for artists’ merchandise.

Q said Kweza Arts Centre aims to achieve outcomes such as encouraging creativity in arts and creative entrepreneurship, enhancing community cohesion, respect, and understanding and raising the aspirations and confidence of young people by providing a dedicated place where they can meet up, interact, perform and showcase, empowering and engaging them in purposeful, creative leisure activities.

The renowned poet also said Kweza’s establishment will help promote cultural and leisure opportunities in a sustainable way and enhance the tourism offering of the city.

This is an expensive hub that needs huge funding and according to Q, their overall fundraising goal is to raise US$ 2 million over two years, achieved in two phases.

“Phase one will see us raise US$500,000 in one year (2018/19). This will enable us to employ professional fundraising consultants while in phase two, the consultants’ will work on accessing the institutional funding, major donors and private philanthropists that will enable building to begin,” he said.

This is a huge project that will surely change the face of the creative industry and the journey to establish the centre has already started with a fundraising drive dubbed Grand Coalition to be held at Bingu International Convention Centre (BICC) in Lilongwe on Sunday.

The Grand Coalition is the first fundraising drive that brings together renowned comedians – Daliso, who is a true son of Malawi but now based in United Kingdom, Zimbabwe’s Carl Joshua Ncube and Uganda’s female comic heavyweights Cotilda Inapo and Annie Kansiime.

The four comedians will not be performing in the country for the first time. They have all been here but this will be a different setup.

Carl Joshua and Daliso performed in the country last year courtesy of Qoncept Creatives and had performances in Blantyre and Lilongwe.

Daliso had performances in the country after making headlines in the Britain’s Got Talent.

Kansiime and Cotilda last performed in the country in 2016.

And in supporting the Kweza Arts Centre establishment, the four comedians have cut their performance fees.

“We are thankful to the artists for cutting their fees. We are in very early stages and we will be approaching various potential partners,” the architect of ‘People’ poem, said.

Carl jetted into the country on Wednesday ahead of the event and was expected to be part of a Chef event at Latitude yesterday.

Kansiime was expected to jet into the country yesterday with Inapo set to arrive tomorrow while Daliso will be in on Sunday.

Daliso said on Wednesday he was ready for the showdown.

“I can’t wait to get on stage. I am doing 78th one man show of the year tonight (Wednesday) and so it is good to be doing a joint show with some of Africa’s best on Sunday back home,” Daliso said