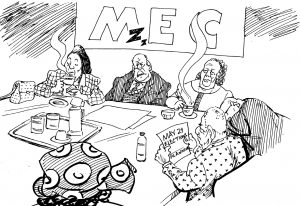 Five High Court judges sitting as Constitutional Court in Lilongwe on Monday dropped a bombshell few judges in the world would have dared to do against a sitting President.

At the drop of their gavel (literally) hitting the wood panel, the brave judges nullified the May 21, 2019 presidential election on the basis of what they described as widespread, systematic and grave irregularities mostly by the incompetence of the Malawi Electoral Commission (Mec) headed by Supreme Court judge Jane Ansah.

Among other things, the court declared President Peter Mutharika as not duly elected on May 21, 2019 and therefore ordered fresh elections in 150 days.

They also brought back Saulos Chilima into the presidency by discarding Everton Chimulirenji as a beneficiary of the May 21 election which they declared null and void.

This is a judgement that is by all standards a political tsunami with far-reaching consequences on our political landscape.

Mec was butchered into mincemeat, literally taken to the cleaners and described as incompetent without any qualms.

For over six hours after the introduction and explanation of a catalogue of laws that formed the basis of the petition brought before the court by Malawi Congress Party president Lazarus Chakwera and UTM’s Saulos Chilima against Mutharika in the 500-page judgement, Judge Healey Potani and Ivy Kamanga took turns in lambasting Mec that their voices at times cracked with fatigue but they soldiered on dutifully to tell an anxious nation some home truths about Mec.

It ranged from the massive use of Tipp-Ex on results sheets, reminding the attentive nation how Ansah disowned it in media interviews, yet there was widespread use across the country on those fateful days and night from May 21—as the anxious nation waited for results—to unsigned results sheets as well as the suspicious others with similar signatures.

There were constitutional questions that the court dealt with in the judgement and in this area too, Mec was cut to pieces and the incisions were sharp like a hot knife on butter.

They told the nation how the Ansah-led commission abandoned their post and unlawfully delegated all their powers to Mec secretariat led by the electoral body’s Chief Electoral Officer Sam Alfandika.

The judges cited evidence that showed the commissioners at best used Alfandika to deal with the electoral complaints brought to the commission by aggrieved parties or at worst simply ignored the complaints altogether.

The inescapable conclusion that the judges made in the ruling was that Mec conducted an election that did not follow the electoral laws and the irregularities were systematic and widespread, casting serious doubt on whether the result truly reflected the will of Malawians that Mutharika was supposed to be at State House.

The question that we must all ask Justice Ansah is: What were they doing because the court found that they unlawfully delegated most of their duties to Alfandika and his staff, including on the aspect of approving results into the system?

The judgement took time to elucidate to the commissioners on the principle of delegation as per the requirements of the law.

What came out clearly was that the Ansah-led commission all got it wrong whether ignorantly or wilfully.

They delegated to Alfandika even on issues that they should not have such as approval of results. They did not meet on crucial matters such as complaints handling.

As if to buttress the point that Alfandika was making all the important decisions for the commissioners, they left him alone to sweat (literally) in the court as he tried to defend the indefensible.

The court laid bare the fact that the commission slovenly conducted an important exercise, with political power and authority at stake, with far-reaching political repercussions.

Everything is now upside down.

The question I ask is: What were the commissioners doing during that cold May week at Comesa Hall last year?

Were they just enjoying themselves during that crucial week at Comesa Hall by enjoying a cup of tea or coffee and throwing weight around with an air of pompousness that came to nought?

In civilised countries, Ansah and her band of incompetent commissioners could have resigned even before the judges finished delivering their ruling on Monday but they are still dithering with arrogance when they let the nation down.

The ruling has ordered the Public Appointments Committee of Parliament to look into this commission and fire it, I suppose.

But the commission should not even wait for that

With their incompetence now fully exposed and declared, this group of commissioners has no right to be in their positions.

In any case, some of the commissioners are way beyond their age for public service.

It is time they did the honourable thing and retired instead of waiting to be impeached by Parliament which has better things to do in the coming days to tie all the loose ends as a result of orders from the judgement.

These people did a huge disservice to the nation by blowing a mind-boggling K46 billion of taxpayers’ on an exercise that must be repeated in five months.

As soon as the commission goes, the focus should be on the secretariat which also needs thorough cleansing to get rid of the equally incompetent elements that let this country down in May