Yet District Health Offices (DHOs) and health facilities under them continue to work in isolation when designing, implementing and supervising programmes in their respective catchment areas.

Dowa District Council Director of Health and Social Services, Peter Makoza, admits that his institution has, for decades, been working without consulting service users, patients, family, friends and the public in finding solutions to problems affecting delivery of healthcare services in its facilities.

“Exclusion of communities does not improve quality of the services we render to our patients in our facilities. Instead, such practices have sometimes led to deterioration of the services,” Makoza says.

A recent study by the White Ribbon Alliance for Safe Motherhood in Malawi (Wrasm) on the status of water, sanitation and hygiene (Wash) services in public health facilities in Chitipa, Dowa and Zomba endorse the relevance of community participation in healthcare services.

The study states that by excluding communities, the health facilities are depriving themselves of the opportunity to tap from communities’ knowledge and capacity to develop problem-solving skills.

At Makwapala Health Centre in Zomba, for instance, the staff reported many problems affecting delivery of healthcare services.

While some problems would need the intervention of the DHO, others could easily be resolved if there was active community participation in the operations of the facility.

At the time of the study, the team found that most of the sanitation facilities such as toilets, sinks and taps were not working.

Additionally, pit latrines were very dirty and the senior health surveillance assistant who was supposed to supervise ground-workers complained that they did not obey him and he referred the issue to his DHO.

Wrasm lead consultant, Nancy Kamwendo, believes such problems could have been easily solved if the community was involved.

Kamwendo cites Chizolowondo Health Centre in Dowa where management is working closely with locals in finding solutions to various problems affecting service delivery at the facility.

“The facility was in a poor state a few months ago when we came for the study, but the situation has completely changed following our recommendation that there should be constant engagement between the management and community leaders in designing and implementing various programmes,” she explains.

Furthermore, engagement of local communities in health-related projects from inception has proven to be a positive strategy in ensuring ownership and effective management of the Wash facilities in the healthcare facilities.

These leaders played a very important role in generating demand for Wash facilities as well as hygiene promotion in their respective communities.

According to Kamwendo, community involvement in operations of a health facility also increases and improves the levels of trust between healthcare providers and service users.

Chizolowondo Health Centre health advisory committee chairperson, Alexander Ntchita, says the involvement of the community in the affairs of the clinics is instrumental in ensuring that services are patient centred.

Ntchita further states that their involvement in the operation of the health centre has helped them realise and appreciate their roles and duties over the facility.

“We now know that although government has control over recruitment of health workers, paying their salaries, and procuring drugs, health facilities belong to the people. In this way, we have realised that we own the facility and therefore it is our responsibility to take care of it,” he states.

Ntchita says Chizolowondo Health Centre had been in a dilapidated state until Wrasm intervened with civic awareness on the roles and responsibilities of citizens over public health centres.

“We have been organising various fundraising activities to ensure our facility is adequately resourced,” he explains.

The committee, among other things, approached businessman and philanthropist Napoleon Dzombe, the man behind the School of Agriculture and Family Independence in Dowa.

Dzombe identified donors from the United States of America who provided funding for the refurbishment of the facility.

They also travelled to the facility where they did some manual work such as painting as part of their contribution to the community initiative to promote access to quality healthcare service.

They also installed heavy-duty water tanks to address water shortage at the facility.

The clinic’s medical assistant, Tamara Banda- Chunga, says the water tanks have significantly improved sanitation and hygiene at the facility.

Banda-Chunga adds that the face-lifting of the health centre has motivated staff members to work hard to provide quality care to regular patients, pregnant women and newborns.

“The communities surrounding this health centre have really played a crucial role in mobilising resources, which we use to serve our patients. They have made our job enjoyable because most of the impediments have been addressed,” she says.

Power of the vote 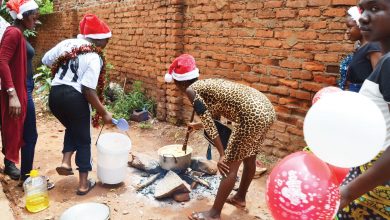 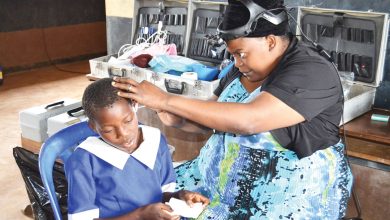 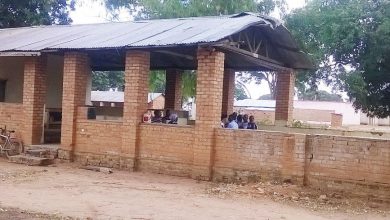 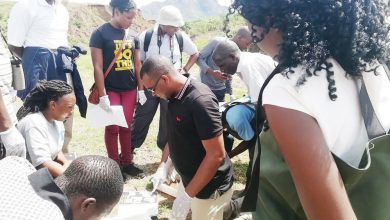