Mponela CAG was initiated and trained under the Citizen Action in Local Government Accountability (CALGA) project, which the Catholic Commission for Justice and Peace (CCJP) of Lilongwe Archdiocese is implementing with funding from the Irish Aid through the Danish Church Aid (DCA).

The project is being implemented in T/As Malenga and Nthondo in Ntchisi and T/As Chiwere, Mkukula, Mponela and Msakambewa in Dowa. The goal of the project is to increase citizen participation in the formulation and implementation of development projects at the local level.

CAG member Ruth Fanuel says the group realizes that effective local governance entails that local government bodies and officials should be reporting on their actions to their constituents.

And further realizing that poor governance and corruption prevent ordinary citizens from benefitting from resource wealth, Fanuel says CAG members are now demanding that all government agencies should operate in the state of openness to its citizens.

“This project has helped us understand that local government bodies and their officials are supposed to act within the boundaries of their authority and by the means outlined by the law. So, we do realize now that both elected and non-elected officers are compelled by law to give submit reports to their constituents on the work they have or are doing,” she explains.

Chancellor College-based governance expert Professor Mustafa Hussein defines local governance as a right and capability of a community executed directly in compliance with the established statutory procedures and through representatives of local authorities that are not affiliated with the system of state government bodies.

These local government authorities are elected and; therefore, they represent the interest of the community and make decisions on its behalf.

Therefore, the role of local governance is to protect local interests concerning the livelihood of the community.

“Essentially, local governance is a means for every citizen to express his or her will. Not the government, but citizens themselves can make decisions locally about the livelihood of their community. However, the decision- making process needs to be compliant with the state laws,” expounds Hussein.

At the launch of the project at Mtsiriza Township in Lilongwe in 2028, the DCA Country, Finn Petersen, said elected local government structures coupled with the government commitment to enhance decentralization through the Public Sector Reforms (2015) have created an opportunity for substantive reforms that could improve local service delivery and accountability at local level.

Petersen said DCA and its partners would use three-pronged and interlinked approaches like Citizen Journalism (CJ), Public Expenditure Tracking (PETS) and Community based Monitoring and Evaluation Systems (CBMES).

Peters said this would help to mobilize communities to demand transparency and accountability in the allocation and utilization of the development resources to achieve their goal.

Councillor Kambewa confesses that the CAG has, over the past months, proven to be an important and vibrant local governance structure as it probes every development project in the area.

He confirms that together with Harawa, he has been summoned, on several occasions, to submit progress reports and updates to the CAG on the development projects being implemented in the area.

“CAG has, over the past months, proven itself to be an important and vibrant local governance structure as it probes every development project in the area. They first summoned me to furnish them with budget line and amount of the funds allocated to a certain project, which had not yet started. But I didn’t submit the details because I, too, didn’t have the details at the time,” says Kambewa.

The councilor assures that as an elected officer, he does not have problems with the summoning and be to be subjected to public scrutiny as long as it is in line with his work.

However, Kambewa stresses that as much as he would not have problems to be summoned to present progress reports on development projects, he has always had problems with the timing of their summoning because they clash with his private engagements.

“Remember, I don’t get a salary and allowances as MPs and so I mostly rely on my company, Naliona Media, to bring food on my daily bread. So, if the invitation or summoning clashes with my engagements at my company, I don’t honour it because as a volunteer, I cannot be attending every meeting, unless they bring food on my table,” he vows.

A Citizen Journalist Ellard Mwale confirms accompanying CAG members to deliver invitation letters for the MP at the Mponela Office of the Malawi Congress Party (MCP).

Mwale says the community is still optimistic and will continue giving their elected officers a second chance to prove themselves on the promises they made to separate politics from development in the selection and appointment of the members of the Area Development Committee (ADC).

“Failure by our elected officers to separate development issues from politics has been our biggest problem and still is. Our desire is that, before the end of this project, there should be an end to attempts by MPs and councillors to impose people on local development structures,” he emphasizes.

Harawa says he acknowledges the important role local governance institutions such as CAG are playing to pursue transparency and accountability in the implementation of various development projects in their areas.

He assures that he will not only comply with the requirement to be open to public scrutiny, but also facilitate constructive discourse between communities and duty-bearers on developmental issues.

“I might not have attended their meeting, but should not be interpreted that I don’t acknowledge their important role in enhancing transparency and accountability in councils. I can assure them that I am open to public scrutiny because I am fully aware that they are also doing their noble duty to ensure that we, the elected officers, live up to our campaign promises,” says Harawa.

CCJP – Lilongwe CALGA project officer for Dowa, Richard Kusseni, says the project was initiated to complement government efforts to arrest abuse and embezzlement of public funds at the district councils.

Kusseni discloses that their engagements with community members have revealed that elected officers are taking advantage of the weak governance systems in their councils to abuse development resources.

“So, the CALGA project is responding to the need to put in place measures to address this problem. CAG members have been rigorously trained and they have also been given tools to enable them in ensuring that the council and members of Parliament are fulfilling their obligations of transparency and accountability,” he explains.

However, Kusseni observes that there is a general resistance from both council and elected officials to be subjected to public scrutiny as evidenced by the ignorance of invitations from local governance structures.

“But this will not derail us. We will continue conducting consultations with the public on a regular basis through public hearings, meetings of stakeholders and parties involved in the analysis of government services and in the process of policy-making because CCJP strongly believes that control over public authorities helps to promote their accountability and transparency. Further, we believe that engaging communities in strategic planning not only allows to focus on local issues, but also implies identification and use of local development financing baskets such as the Constituency Development Fund, District Development Fund and Local Development Fund,” he emphasizes. 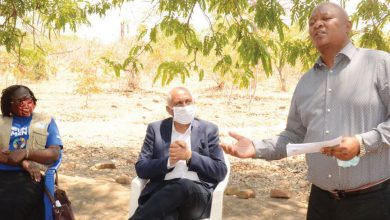 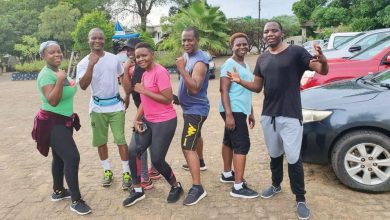 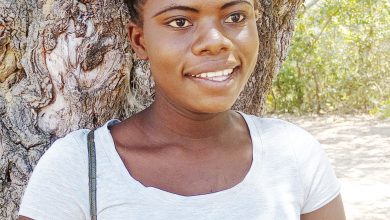 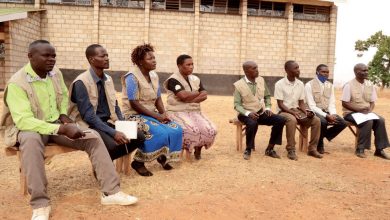