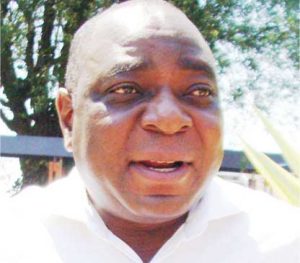 A team of some members of the Parliamentary Joint Committee that was tasked to scrutinise the Financial Services Act Amendment Bill left the country Monday for Accra, Ghana, to study trends on interest rate capping.

Other two teams are expected to travel to Zambia and Kenya for further studies.

The move is part of the consultation process by the committee before the bill is tabled in Parliament.

This, however, has led some to doubt the possibility of having the bill tabled in Parliament before it is dissolved on March 20 ahead of the May 21 Tripartite Elections.

One of the committee members, Alexander Kusamba Dzonzi, who has been championing tabling of the bill, said the study tours would help the committee to be decisive.

“The chairperson (Alekeni Menyani) has assured me that both the Clerk of Parliament and the leadership in the House would give his committee space to table their report to which I will respond,” Kusamba Dzonzi said.

He said the study tours are being funded by the Reserve Bank of Malawi (RBM).

RBM spokesperson, Mbane Ngwira, confirmed that the central bank has sponsored the trips.

“They (the committee) approached us for sponsorship because they want to look at the modalities of how similar laws were drafted in other countries to see how they can improve the bill and evaluate affects after implementing such laws.

“All we want is to put the best interest of Malawians as the bill is being perfected,” Ngwira said.

Financial and Economic reporter at Ghana Broadcasting Corporation, Edward Nyarko, said in interview discussions were ongoing over the proposal to have interest capping in the country as the bill is yet to be sent to Cabinet.

Youths urged to save, invest