The Consumers Association of Malawi (Cama) has written Secretary to the President and Cabinet Colleen Zamba demanding a breakdown of the savings that each of the austerity measures announced by government will bring.

In a letter to Zamba titled ‘Cost Cutting Measures Announced by The State President,’ dated June 10 2022, Cama has also asked government to come up with monthly public meetings that will discuss and inform Malawians on any savings as a result of these cost-cutting measures.

Cama’s letter follows a cocktail of 15 austerity measures announced by President Lazarus Chakwera some two weeks ago which included a cut in the number of foreign trips by public officers and a 20 percent slash in fuel allocation for Cabinet ministers.

While appreciating the measures put in place, the consumers rights body has asked Chakwera to come up with cost- cutting measures for the Judiciary and Legislature so that Malawians can have a full understanding of the national cost-cutting measures.

Cama Executive Director John Kapito said, as they stand, consumers suspect that the measures introduced by Chakwera are more to do with the Executive branch of government.

“We wish also to ask the Minister of Finance to announce the very many cost-cutting measures he had introduced in his National Budget, and those measures were; review of personal emoluments or allowances for civil servants and the removal of the use of 4×4 cars by public servants,” Kapito says.

Cama has since come up with a list of 16 austerity measures of its own, which are aimed at helping Capital Hill save money.

Among the measures, Cama says Cabinet ministers and senior public officers must with immediate effect stop international and local travels unless on emergencies and upon approval by the State President.

The consumer rights body also wants President Chakwera and his vice, Saulos Chilima, to drastically cut down on their international and local travels.

He adds that government must remove the many obscene benefits and allowances given to Cabinet ministers and all senior public servants especially on fuel, security and housing.

Zamba could not respond to our enquiry sent to her on Saturday on whether she had received the letter from Cama.

Finance Minister Sosten Gwengwe recently admitted that the 25 percent devaluation of the Kwacha would exert pressure on the national budget.

Gwengwe said, as one way of easing the pressure on the K2.84 trillion financial plan, government would introduce austerity measures aimed at making sure that the money remains enough to take Malawi to March 30 next year. 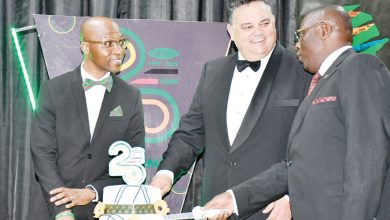