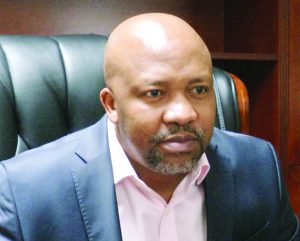 A seven-judge panel of the Supreme Court of Appeal Thursday dismissed an application which Centre for Human Rights and Rehabilitation (CHRR) and Youth and Society (Yas) made to stop the Salima- Lilongwe Water Project.

Khato Civils was awarded a K400 billion contract to pipe water from Lake Malawi in Salima to Lilongwe and other surrounding districts.

“Basically, the court agreed with us that there was nothing for Yas and CHRR to join [the case as interested parties] because the matter which was brought the court by the Malawi Law Society [MLS] was already resolved. The time for MLS to appeal had elapsed so we were discussing something which was not there,” he said.

Originally, MLS applied to the court to stop the project arguing, among other premises, that Khato Civils planned to commence the project without conducting an environmental impact assessment in the project catchment area.

Gondwe said the ruling means there is nothing barring commencement of the project.

“The matter was resolved a long time ago and the court has just hailed that fact so there is nothing from the legal perspective barring the project; nothing whatsoever,” he said.

Theu said he accepted the ruling as it came from the highest court on the land but was disappointed that it hailed a ruling he believed to be wrong.

The ruling has come just weeks after the government signed a deal with the financier of the project, Trissag Espanola of South Africa.

The project has been facing all sorts of stumbling blocks from politicians, environmentalists and civil society organisations who question its impact on Lake Malawi and the environment in its catchment area.