With the coronavirus pandemic gaining momentum each day, it is either you are infected or affected. In Malawi, where there is no Covid-19 incident registered this far, the latter is the case.

Economic commentators and local businesses fear that the economy is facing doom in a scenario where a lasting remedy for the pandemic, which has already put some global economies almost on their knees, is not found.

For instance, there are fears that the country is poised to lose billions of Kwacha following a decision by the government of South Africa to lock down its borders in efforts to contain the spread of the virus.

Republic of South Africa (RSA) President, Cyril Ramaphosa, on Monday announced that the country will be placed under a temporary lockdown for 21 days.

That country is Malawi top trading partner as recent data from the International Trade Center (ITC) Trade Map shows that in 2018 alone, Malawi imported goods worth over $500 million which is nearly one-fifth of the $2.7 billion worth of imports the country acquired from the whole world.

In the year, Malawi exported goods worth $86.6 million to South Africa compared to $888 million exported to other countries. Our estimates show that big buses traveling on the South Africa-Malawi route, for example, risk losing in excess of K25.2 million each during the 21-day lockdown period in South Africa.

Other sectors including tourism, hospitality and travel as well as supply chain and retail businesses, are not spared from the effects of the wave.

General Secretary of the Cross Boarder Traders Association, Maggie Mhango, said Malawian businesspeople who order their goods from South African goods are already feeling the pinch as commodities are running out of stock.

She feared that if the situation continues, many businesses would collapse.

“We are faced with a pathetic situation because it is all our neighbouring countries that are  taking similar measures. We cannot freely move across the borders in Mozambique, Zambia and Tanzania. And for us, this  simply means death of our businesses,” Mhango said.

At the beginning of the week, Malawi Confederation of Chambers of Commerce and Industry (MCCCI), an umbrella body for the private sector, said companies are likely to experience a slowdown in business.

MCCCI Chief Executive Officer, Chancellor Kaferapanjira, was quoted by the local media, saying businesses that are dependent on the supply chain as well as exporting companies would be hit hard. In an interview Tuesday, Economics Association of Malawi Executive Director, Kettie Nyasulu, said the 21-day RSA lockdown is likely going to have a significant impact on Malawi.

Nyasulu said being a major trading partner for Malawi in the region, the lockdown in South Africa could affect supply of materials in many sectors of the economy, including construction. “Again it will affect crossborder traders who usually go and get merchandise in South Africa and sell it in Malawi,” Nyasulu said.

She added that the effects of the lockdown on the local economy may spill over beyond the 21 days proposed by South Africa.

A statement issued by the Common Market for Eastern and Southern Africa (Comesa) Tuesday, shows that latest statistics indicate that the European Union, South Africa and China are the leading export destinations for Comesa exports and accounted for 32 percent (about $36.1 billion), 13 percent ($14 billion) and 6 percent ($7.3billion) share of total exports, respectively, during 2018.

It further says reduction in consumption demands in these markets, coupled with low diversification, implies a cut of export earnings from these markets in the short to medium term.

At the same time, the EU, China and the US are the biggest sources of imports into Comesa countries accounting for 32 percent ($48 billion), 20 percent ($29.4 billion) and 8 percent ($12 billion) share of total imports, respectively, for 2018.

Only 11% of Malawians wash hands with soap 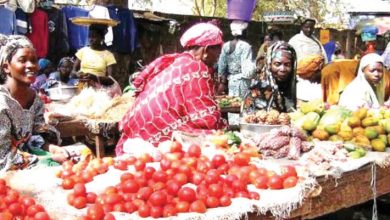 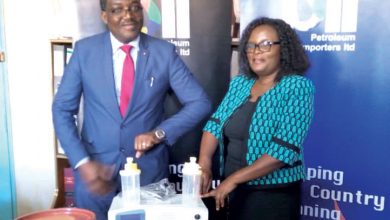