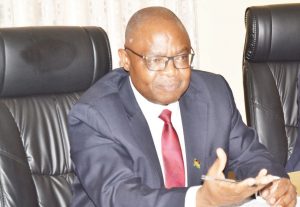 Uncertainty surrounds the opening of this year’s tobacco selling season, as the global business world continues to feel the impact of the coronavirus (Covid-19).

Traditionally, tobacco sales in the country start end March or early April. The start of tobacco sales is crucial for Malawi as it brings with it tobacco dollars which help to enhance the strength of the local trading unit, Malawi Kwacha.

Tobacco Commission Chief Executive Officer, Kayisi Sadala, on Wednesday could not indicate with certainty when the sales will start.

Sadala said the tobacco industry has not been spared by the effects of the coronavirus which has led to countries resorting to lockdown of business as a way of containing further spread of the cases.

Sadala said the State of National Disaster declaration by President Peter Mutharika has coincided with the opening of 2020 tobacco season whose gatherings are always above 100 people.

“The commission, therefore, called upon the industry captain to chart the way forward in view of the declaration. At its meeting yesterday, the industry stakeholders agreed to monitor closely the situation on the ground for at least a period of one month from now. Otherwise, preparatory works are ongoing.

“On the other hand, it is pleasing to note that most stakeholders, including the Floor Operator, AHL-TS have already put in place measures to promote hygiene and prevent the spread of the virus,” Sadala said.

He added that this year, the tobacco industry will have a new buyer namely Voedsel Tobacco Company, from Zimbabwe.

“The company will participate in buying burley and FCV tobaccos on auction market in the first year but expand to contract marketing in second year.

“The new company will provide competition and options to tobacco farmers and is coming at a time the global market is facing competition due to dwindling demand,” Sadala said.

He added that TC has intensified its campaigns appealing to tobacco farmers against selling their tobacco to intermediate players.

The consolidated trade requirement for the 2020 tobacco marketing season stands at 161.4 million kgs against licenced volume of 173.4 million kgs.

“With allowable variable of 10 percent, the licenced volume is within the demand. The commission expects competitive trading considering the projected low production within the region,” Sadala said.

The Common Market for Eastern and Southern Africa (Comesa) on Monday warned that the Covid-19 will have a significant impact on member countries, including Malawi.

She added that services-oriented economies where air transport services, financial services and tourism services are relatively strong are more vulnerable, given the nature of the epidemic.

“The cancellation of air flights, travel bans and restriction of movements of persons will slow down growth leading to job cuts,” Kapwepwe said.