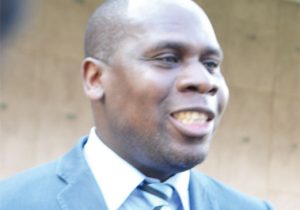 Tempers flared on Saturday between leaders of civil society organisations (CSOs) and Malawi Police Service officials in Rumphi District when the former demanded to know why the latter is not acting on the issue of a nine-year-old girl who is living with a bullet in her body after a police officer allegedly shot her.

The CSO leaders, operating as Human Rights Defenders Coalition (HRDC), confronted Rumphi Police Head of Prosecution Michael Paulino on issues related to a case in which Triza Vinkhumbo was reportedly shot at by law enforcers.

Triza’s aunt, Chrissy Mhango, alleged that a police officer, George Kaleso, shot at her niece while attempting to shoot at a rabid dog.

According to Mhango, Triza was taken to Rumphi District Hospital and later referred to Mzuzu Central Hospital, where they discovered a bullet that got stuck in the bone. They said only specialists could remove it.

Mhango said Kaleso approached Mhango and took Triza’s health passport on the ground that he wanted to buy medicines for the girl.

He, according to Mhango, is yet to return it.

However, both Kalua and Kaleso were reportedly unavailable and the CSO leaders met Paulino, who claimed not to be aware of the issue.

Things went out of hand when Happy Mhango nearly fought with Paulino after he professed ignorance on the issue.

“Do you mean a senior officer like you is not aware of this case? Do you know that we are dealing with the life of a human? Why are you responding in a crooked way?” Asked an emotionally charged Mhango.

However, Kalua lost his cool after being bombarded with questions.

“Why are you intimidating me at my own office? Who are you to be feared? I am not employed by you. I can be transferred and work anywhere because I remain a civil servant. I cannot fear you,” Kalua replied while some officers and Trapence tried to hold him.

But Mhango and Mtambo accused Kalua of frustrating justice.

Kaleso did not pick his phone on several attempts.

But Kalua said in a separate interview that HRDC leaders were free to seek justice everywhere.

Ministry of Health spokesperson, Joshua Malango, said people should know that it was not always necessary that bullets are removed and that is international practice.

He adds that removal may cause more complications than solutions depending on the case.