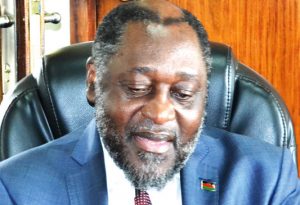 Civil Servants Trade Union (CSTU) has given the government two weeks to promote people who have been on the same grade for over 10 years in the mainstream civil service.

In a statement released Monday, CSTU also demands that civil servants who upgraded their qualifications to diplomas, bachelor’s degrees and masters’ degrees must also be promoted.

CSTU argues that failure to promote the civil servants is against Malawi Public Service Regulations (MPSR).

MPSR states that civil servants shall be eligible for promotion after serving in a substantive post for at least four years.

“Civil Servants Trade Union, therefore, demands [the] [sic] government to use the same criteria and methodology applied on promoting fellow civil servants in teaching and police services in order to promote civil servants-mainstream; hence, we deserve the same promotions and we are giving [the] government 14 days in order to meet our demand, before an industrial action,” the press statement reads.

In the statement, signed by the union’s president Joseph Mdambo and general secretary Madalitso Njolomole, CSTU highlights that the civil service mainstream establishment has more than 40 percent vacancy rate, which, it says, is compromising the quality of public service delivery.

Information and Communication Technology Minister, Henry Mussa, said he could not comment on the matter as he had not seen the statement.

He referred this reporter to Chief Secretary to the Government, Lloyd Muhara, who could not be reached on his mobile phone on several attempts.

The officers did not proceed with their plans after they were assured that their issue would be looked into.

Government hits back at Chakwera