In the budget themed Living the Promise, Mlusu had to make sure that debt burdened Malawi cuts her cloth according to her size to cushion the economy from plunging into a debt distress situation.

Faced with a K4.1 billion public debt stock, more than half of which is domestic debt, which has resulted in the shrinking of the fiscal space, Mlusu made it clear in his preamble that the financial plan had also been formulated amidst Covid-19 pandemic, which has negatively impacted on the country’s economic performance.

Despite the precarious fiscal position, Mlusu delivered a budget that managed to speak to some of the Tonse Alliance key promises such as the famous three meals a day and the K4, 495 per bag Affordable Input Programme fertilizer.

The minister also managed, through the budget, to inspire hope among Malawians that government is committed to creating the promised one million jobs in the first year.

With total revenue and grants projected at K1.435 trillion of which K1.116 trillion is tax revenue, K63.1 billion is other revenues and K255.7 billion are grants, Mlusu observed that the 2020/21 budget faces a K754.8 billion deficit, which will be financed by foreign borrowing amounting to K224.8 billion and K530.1 billion from domestic borrowing.

He said the Tonse Alliance budget would focus on achievement of sustainable and inclusive growth; macroeconomic stability; and sound financial management which would be pursued through transparency and accountability, rule of law, enhanced resource mobilisation, efficient resource utilisation and provision of relevant infrastructure.

According to Mlusu, the budget has given priority to the education sector, which has been given a lion’s share of K384.5 billion which is 21.6 percent of the total budget, representing 5.4 percent of GDP.

“These resources will cater for wages and salaries of teachers; operations for primary and secondary schools; development projects; and all education subvented organisations such as public universities,” Mlusu said.

The local Chancellor of the Exchequer has given the agriculture sector K354.8 billion which is 19.9 percent of the total budget, representing 5 percent of GDP.

He said the provision will cater for wages and salaries for the sector, operations for Agriculture departments; maize purchase; the Affordable Input Programme; and development projects within the sector.

“The health sector has been allocated K204.7 billion which is 11.5 percent of the total budget and 2.9 percent of GDP. These resources will cater for wages and salaries for health personnel; operational expenses for central and district hospitals, procurement of medical drugs and vaccines; maintenance costs for hospitals and medical equipment; and development projects,” Mlusu said.

According to Mlusu, in order to improve ICT services in the country, government has set aside K300 million in the 2020/2021 budget for the recruitment and training of ICT officers.

“The energy sector has been allocated K57.8 billion, which is 0.8 percent of GDP and 3.2 percent of the entire budget. This provision will cater for wages and salaries and operations in departments of Energy, Natural Resources, Tourism, Environment, and Forestry.

“The Governance and Rule of Law Sector has been allocated K52.8 billion which is 0.7 percent of GDP and 3.0 percent of the entire budget. This provision will cater for wages and salaries and operations of oversight institutions such as the Anti- Corruption Bureau, Office of the Ombudsman, Law Commission and the Malawi Human Rights Commission.

“I am also pleased to inform this Honourable House that in the 2020/2021 budget, allocations to the Anti Corruption Bureau, Director of Public Prosecutions, Fiscal Police and the Financial Intelligence Authority have been substantially increased to take care of their financial requirements,” he said.

Among the winners in the budget are smallholder farmers who will now be able to buy a 50 Kilogramme bag of fertilizer at a reduced price of K4, 495.

Equally happy is the working class who have had the tax free bracket on Pay As You Earn raised from K45 million to K100,000.

The other group which went home smiling yesterday are members of Parliament who have seen the annual allocation on Constituency Development Fund (CDF) jumping from K30 million to K40 million.

Also grinning from ear to ear are local tailors as Mlusu has indicated that uniforms for security agents will be produced locally.

Among the losers would be informal businesses who will now be brought into the tax net as government intends to bring them together in cooperatives. On the brighter side, once formal, the businesses would be able to win big contracts and expand their operations.

He said domestic debt cannot be avoided since the international players are equally affected and are focusing internally to recover their own economies first.

Munthali noted that the increase in domestic debt is inevitable but that it is good to know that it is supported by a Debt Retirement Fund creation as well as long-term development bond.

“It is very commendable that the government has focused on continuing on already existing projects – roads, energy projects, water projects, in-door netball court, etc. Actually they have picked on those with high likelihood of generating further incomes/wealth in the medium-term or those that would promote inclusive growth.

“Continuity of development programmes and policies is key for predictability of investment environment and meaningful impact of development plans. This is actually the spirit behind formation of the National Planning Commission; It is also very commendable that while the budget is really meant to live the Tonse alliance promises, not all have been fronted in the first fiscal year. And almost the whole budget statement is aligning to MGDS III priorities picking on few but those areas with high likelihood of impact,” Munthali said.

On development budget, he defended Mlusu, saying no matter how competent any Finance Minister can be, it is not easy to fund using local resources now, given that there is hardly fiscal space when 91 percent of the local revenues are going to statutory obligations such as salaries, pensions, and interest payments.

“The main elements, moving forward, with regard to growing the economy and retiring debt will be around ensuring compliance in cutting on waste by controlling officers, ensuring more revenue generation streams by following through with the tax-base broadening measures outlined, and keeping donors on the table by agreed to mutually beneficial terms/ conditionalities.

“Moving forward, the country needs to focus on economic freedom and shed off reliance on donors and debt in financing its recurrent and development budget. Getting the new Vision (National Transformation 2063) that will clearly define the inclusive wealth creation and self-reliance agenda is hence critical. The subsequent national budgets will hence be guided by the new Vision,” Munthali said.

But Public Accounts Committee of Parliament (Pac) Chairperson, Shadreck Namalomba slammed the budget statement, saying it failed to deliver the expectations of Malawians.

“Nothing has been demostrated. It is the same talk talk without action. The Tonse Government promised the moon, but it is just rooftop deliverables in the budget. No free electricity and water connection, no universal fertiliser programme. No reduced passport fees. But I would understand them. The country is bankrupt. It has no cash.

“Debt levels as at June 30 2020 stood at K4.1 trillion. Now with this budget, another K576 billion debt will be added, increasing the debt to K4.7trillion representing over 60% of GDP. The impact of this is that we can’t pay back using our domestic revenues. The life of future generation has been pawned by the lavish appetite of this old generation,” Namalomba said.

He observed that it is high time government becomes candid and tells Malawians that the country cannot do certain things that the Tonse Alliance promised in the campaign.

“In my opinion, we needed not to increase the free tax base to K100,000 – an appropriate incentive would have been to introduce a mortgage interest allowance to encourage wage earners to build and own houses. Most importantly, we should tighten the lid to prevent corruption and deal decisively with financial crimes.

“On a positive note I applaud government for going digital, adopting the electronic funds payment system. I should add the they should outlaw any cash transactions above K100,000. Meaning all transactions above should be paid through e- payment. In so doing money obtained through illegal means such as money laundering, fraud and other financial crimes can be easily traced,” Namalomba said.

He also hailed the government for its proposal to get Malawi credit profile accredited.

“In conclusion, let us tell Malawians that we don’t have money. Let us tell them that we should spend prudently because the resources are thin. We should end our lavish spending. Let us get back to default settings. We need a restructuring and a total new reform of this economy,” Namalomba said.

“The budget is more consumptive than developmental in nature. Again I can say the budget is a copycat because most of the things in the budget are exactly what the DPP had done,” Mwanamvekha said. 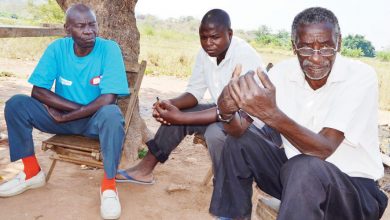 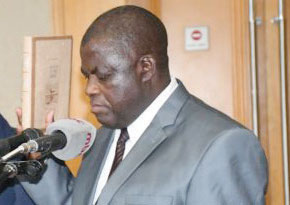 ‘All parties in Bakili Muluzi graft case to blame’