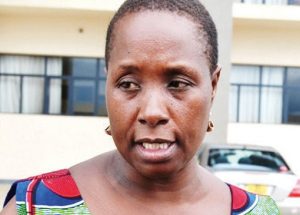 Dust refuses to settle on the pended Interest Rate Capping Bill as some microfinance institutions have asked Parliament not to pass the bill.

Instead, the institutions are proposing that the central bank should be regulating trends as is the case in some countries.

A joint Parliamentary committee comprising the Public Accounts Committee, the Women Caucus and the Legal Affairs Committee met with the microfinance institutions in Lilongwe yesterday as part of its consultations on the Bill.

The committee was instituted in November 2018 to scrutinise the Bill which was brought to Parliament as a private member’s Bill.

Interest rate capping is a regulatory measure that prevents banks or other financial institutions from charging more than a certain level of interest.

Chairperson of the Malawi Microfinance Institutions Network, Corrie Mulder, said members of the organisation have been working with RBM in ensuring mutual benefit between lenders and borrowers in the process of loan disbursement.

“The [Consultative Group to Assist the Poor] CGAP model which is internationally recognised should be the baseline to determine a fee and sustainable interest rates for Malawi,” Mulder said.

Women Caucus Chairperson, Jessie Kabwila however, challenged the institutions to provide proof that they were serving interests of the poor.

“If you are not for interest rates capping and you claim to be serving the poor in rural areas, then you are protecting your interest more than that of the people,” Kabwila said.