Diego Maradona has died at the age of 60.

The Argentine FA confirmed the news in a statement on Twitter which read: “The Argentine Football Association, through its President Claudio Tapia, expresses its deepest sorrow for the death of our legend, Diego Armando Maradona.

“You will always be in our hearts.”

Maradona is widely regarded as one of the greatest footballers of all time and was the inspiration for Argentina’s World Cup success in Mexico in 1986, winning the Golden Ball as the tournament’s best player

He also led the country to the final of the 1990 tournament in Italy although his international playing career ended in shame when he failed a drugs test at the 1994 World Cup in the United States and he was notorious for a wayward lifestyle throughout his life.

Maradona was also banned from football in 1991 after testing positive for cocaine while playing for Napoli.

However, he remained a revered figure at the Italian club, where he won two Serie A titles. He also played for Barcelona, Sevilla, Boca Juniors and Newell’s Old Boys.

Maradona underwent brain surgery at the start of November and his lawyer said he would continue to be treated for alcohol dependency.

The 1986 World Cup winner had an emergency operation for a subdural hematoma, which is an accumulation of blood between a membrane and his brain.

Maradona was initially admitted to another clinic in La Plata with signs of depression, anaemia and dehydration, before being moved to Olivos when the subdural hematoma was discovered.

Maradona felt ill on October 30 while coaching first-division team Gimnasia y Esgrima. He had left before the end of the first half, raising questions about his health. —Sky Sports 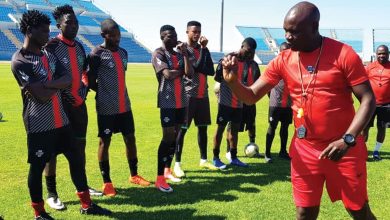