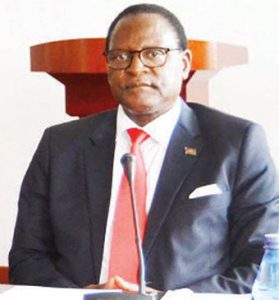 One by one, they started collecting nomination forms. The calendar of how the process of submitting the forms will go, as released by Malawi Electoral Commission (Mec), indicates that 23 candidates want to compete for the top job.

Of course, we all know that not all these will really submit their nomination forms; some are just jokers trying to provide some convenient drama during this moment of financial and political uncertainties.

On the other hand, the number might have some significant underpinning stories. It may be that people are so frustrated with how the country is being governed that each one of them feels they are the right person to lead Malawi.

After all, since 1994, they have been electing people to the highest office on the land, but they have ended up being frustrated by the leaders they elect.

If you ask Democratic Progressive Party (DPP) candidate President Peter Mutharika, he will tell you that he has prepared a lot for this country.

Vice-President Saulos Chilima and his UTM are busy telling Malawians that things will be better under his leadership.

Mutharika. Banda has held rallies across the country, promising Malawians that she would improve things.

United Democratic Front (UDF) leader, Atupele Muluzi, though still serving as Cabinet minister in the DPP administration, is one of the people who collected nomination forms. He has been allocated a slot on the calendar of nomination forms submissions.

I have talked much about Mutharika, Chakwera, Chilima, Banda, Muluzi and Chilumpha. But there are many candidates, some who have just sprung from the scraps of time but have, all of a sudden, attracted some far-reaching attention.

For instance, Ras Chikomeni Chirwa, that dreadlocked presidential aspirant who seeks to stand as an independent candidate, continues to rock the social media with his ‘overstanding’ message that a new era is in the offing.

Obviously, all the 20 candidates contesting are 35 or above and meet all other qualifications for that post. Of course, out of the 17.5 million people in the country, there are many who have the capacity to turn things around.

If truth is to be told, apart from six or seven of the candidates who have collected the nomination forms, many of them will not have any impact on the race for the presidency. In fact, not all of them will actually submit nomination papers.

Apart from those who are seeking alliances with others, there are others who might also not eventually have their faces on the ballot paper after failing to submit nomination forms with the accompanying fees.

In fact, for some, it would even be prudent to just keep the forms and save their K2 million for other things. Of course, there are those who want to stand simply to gain publicity. Others simply want to benefit from shares that political party leaders get during meetings.

Others would simply want to be used as tools for propaganda by governing parties that are desperate for any kind of support. That is after the elections.

As political analyst Ernest Thindwa recently opined, the race could just be among a few parties—maybe just three or four.

He said: “The real competition in the presidential race, in my opinion, would be among MCP, DPP and UTM. The other parties don’t stand a chance. The motivation for many aspiring candidates in collecting nomination papers could be the need for publicity and also attracting the attention of other parties that might wish to go for an electoral alliance.”

In 2014, there were 12 presidential candidates but it was only Mutharika, Chakwera, Banda and Muluzi who received significant votes. As counting approached the final stages, it was clear that Mutharika and Chakwera were the main men.

Many people’s expectation was that, after the 2014 experience, the number of contestants this year would go down. But, contrary to that, we have many who are ready to compete.

From what has been experienced before, a person who wants to contest, even in Local Government elections, starts with little things before declaring intention to contest. There is no formula, however, and this is not cast in stone.

Of course, there are classic examples of how starting small can push one up. A case in point is that of one Jailos Bonongwe who, in 2014, contested as councillor for Lifupa Ward in Kasungu West. Today, Bonongwe, is an MCP candidate for the constituency, after defeating the constituency’s Member of Parliament, Alex Major, and others.

Thus, the view by some observers that one cannot just drop from nowhere and start collecting nomination forms to contest as a presidential candidate seems to make sense.

Shemu Joyah off to Germany