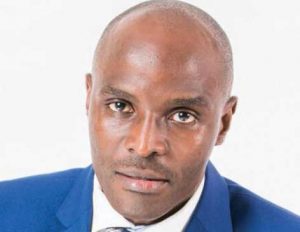 The government’s appetite for borrowing continues to raise eyebrows, with recent figures from the Reserve Bank of Malawi (RBM) showing that outstanding domestic debt stock increased to K912.9 billion in the third quarter of 2017.

This represents an increase of 7.3 percent from K846.1 billion recorded in the previous quarter.

Economic think-tank, the Economic Justice Network (Mejn), has since raised an alarm, saying it may take longer for other players to start benefitting from the recent cuts in borrowing rates if the government continues to dominate in the credit market.

“We always highlight that it is not a crime to borrow, but we always need to watch what we are borrowing for and how we are using the debt accruing. And that has been a problem for Malawi,” Kubalasa said.

In a Financial and Economic Review for the third quarter of 2017 issued last week, RBM attributed the increase in domestic debt to an increase in holdings of Treasury notes by RBM and commercial banks.

According to the report, Treasury notes holdings by RBM increased by 9.3 percent from K433.3 billion recorded at the end of the second quarter of 2017 to K477.7 billion in the quarter under review.

Similarly, commercial banks holding of Treasury notes increased by K28.2 billion to K68.9 billion in the third quarter of 2017.

On the other hand, Treasury bill holdings by RBM registered a decline of 16.1 percent due to maturity of the instrument.

The central bank continued to be the major holder of government debt accounting for 58.2 percent (K531.5 billion) of the total stock.

“A large proportion of this debt was held in Treasury notes, which were at 52.3 percent of total domestic debt stock. Underscoring this development is the conversion of Ways and Means advances mostly into Treasury notes, once the statutory limit is breached,” the report reads in part.

University of malawi not among top 1,000 ‘varsities

Is global warming making us hungrier?