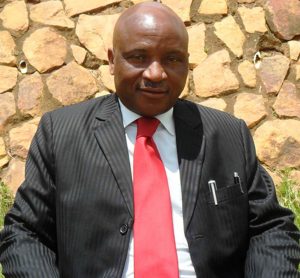 Opposition Malawi Congress Party (MCP) has asked the governing Democratic Progressive Party (DPP) to apologise to people of the Northern Region for “failing to fulfill promises made to the region” when the DPP was campaigning for the 2014 tripartite elections.

MCP said DPP promised to construct Mombera University, Mzuzu Airport, a youth centre, among others, but, over four years later, all these remain in books.

MCP second-vice-president Harry Mkandawire was speaking at a rally he conducted at Mathandani Primary School in Mzimba East Constituency.

“The north was promised many developments which the DPP government has failed to fulfill. We have realised that the promises were made to win votes from the region. They [DPP] are four years old in government and they are saying nothing about such developments. They [DPP] are now coming [to the Northern Region] with other promises because we are going towards elections. We are saying no, let them first apologise for cheating us”, he said.

But DPP spokesperson, Nicholas Dausi, said the DPP led-government has implemented many developments in the Northern Region which many people appreciate.

Dausi cited the construction of the dual-carriage road in Mzuzu City, Nkhata Bay Hospital, Njakwa- Livingstonia Road, among developments, which, he said, are evident of DPP’s prioritisation of the Northern Region.

“Let us practice clean politics here. We are the only government which has developed the north more than any other [party that has been in] government and we will continue implementing many projects in the [Northern] Region and entire Malawi,” Dausi said.

But Mkandawire insisted that the DPP has failed to provide several important services which the people of the region need.

“If they [DPP] could have laid tarmac on the old M1 Road, people in Mzimba would have appreciated it because many use the road when ferrying farm produce to markets,” Mkandawire said.

Be the change you want to see