“The book was published in 2010. It is a very interesting story so to say. When I came across the book, I got permission from the writer to turn the book into a stage play. At some point, we even talked about turning it into a film and radio play,” he said.

He described Mwana wa Kamuzu as a futuristic play which talks about what will happen in the future.

“As I have indicated, the story was written in early 2009 but it talks about what will happen in the future around 2025 to 2028,” Kaphinde said.

He said the play delves into the story of James Mchizanjala, a very prominent investigative journalist, who was given the task of investigating and digging more facts about a man, who called himself Hastings Kamuzu Banda Jr and that he wanted to contest in the elections of 2028 in a country called Lawi Republic.

“We have so many interesting stories in the country which are untold. As Dzuwa Arts, we believe in telling our stories,” he said.

Kaphinde, who has directed and starred in a number of plays, said they were doing well.

“We normally have four performances in a year but this year due to Covid-19 pandemic we have been forced to only have two. The first one was in January and we planned to premiere Mwa wa Kamuzu in May but we could not,” he said.

“We plan to take Mwana wa Kamuzu to Blantyre, Zomba and Mzuzu in January next year. 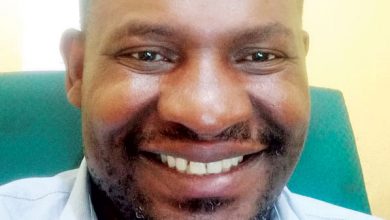