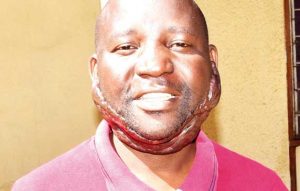 Solomonic Peacocks has said the Easter Theatre Festival will be held this year without fail.

The Blantyre-based theatre group created the festival to give a chance to drama groups and other arts players to share ideas and showcase their works.

The festival has been missing on the calendar of events for three consecutive years.

But Solomonic Peacocks Director, McArthur Matukuta, maintained Sunday that the festival will be back this year, asking well-wishers for support.

“We will have the festival this year, come what may,” Matukuta said.

He said they introduced the festival to accord drama groups a chance to showcase their plays and connect with others.

“The Easter Theatre Festival unites those engaged in drama, theatre, dance and poetry in a unique setting. The festival is the first of its kind in Malawi and the only theatre festival in Malawi. Following up on the success of the festival in 2015, the 2019 edition will also accommodate local entrepreneurs because we will support artists and designers to sell their wares. Malawian designers will sell their products at the festival from designated stalls, which will reinforce the Malawi government’s ‘Buy Malawian’ campaign,” he said.

He could, however, not be drawn to comment on how much they need in their kitty to successfully organise the festival.

The festival debuted in 2015, attracting the presence of acts from Zambia, including renowned comedians Bikiloni and Difikoti.