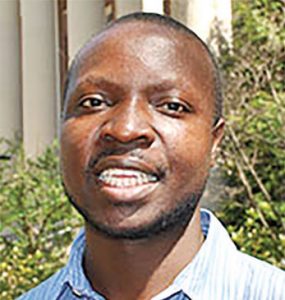 In March 2019, a movie titled The Boy Who Harnessed the Wind by English actor of Nigerian origin, Chiwetel Ejiofor, will premiere globally on Netflix.

It is a film which delves into the story of an innovator William Kamkwamba from Malawi.

In the movie, a 13-year-old boy is thrown out of the school he loves when his family can no longer afford the fees. He sneaks into the library and learns how to build a windmill to save his village from a famine.

Ejiofor makes his own directorial debut with the film and according to the many reviews that have been made, the actor proves he is ready for the challenge.

The actor was inspired to write and direct the film back in 2009 when he first read the book and the journey from page to screen has taken him 10 years.

He could have chosen another African country or else his country of origin but Malawi is a country that came to his mind.

Not many good stories have been written about Malawi especially some of its good things and it is this side which captured the attention of Ejiofor.

And not running away from its language, he decided to learn part of it for a short time of course. He surely needed more time to learn to do better in the team.

The film takes us back to 2001 in Malawi, and the Kamkwamba family is struggling to make ends meet but parents Trywell (Ejiofor) and Agnes (Aïssa Maïga), who is Kenyan remain focused on their children’s education, despite the financial cost. When their 13-year-old son William (Maxwell Simba), who is also Kenyan is forced to leave school after falling behind on payments, he becomes determined to help not only his family but a community facing famine.

This is a story of hope.

With the trailer on the ground, a lot has been said by mostly Malawians on the film with others feeling Ejiofor and team did injustice to it over the local language.

Some even have gone to bed to say, Ejiofor and team could have done better to utilise local talent.

It is always like that when films, music or plays come out, they are critiqued and that is what art is all about.

While the lead roles have been played by Ejiofor and Kenyan actors, there are some local actors who have also played a part.

Kelvin Ngoma is part of the cast and reveals that 17 actors from Malawi played different roles in the film and that all extras were Malawians.

Ngoma takes the role of Charity, Kamkwamba’s cousin, a village leader of a club house in the village.

The film which was shot for two months in Kasungu also features female artist Lily Banda, who plays Kamkwamba’s sister.

“We got so much experience, we learnt a lot on set and for me personally I was in front on the best camera and crew meaning that any international project that can come, I will handle it. There is just so much and more importantly I also learnt how to bring out the emotions off a character,” he said.

Ngoma even takes time to partake in the debate that has ensued of the language in the film.

“Many are saying why didn’t they pick Malawian actors to star in those lead roles, others are saying they murdered Chichewa language with some saying why did they not have more time of learning the language. But a casting director does not choose someone for his or her accent or fluency in a language but character,” the actor said.

He further said directors choose characters based on the fitness in the role and that is why some roles were picked up by Kenyan actors.

“People should not look at how they are speaking, but what we will benefit from the film. Let us look at the bigger picture,” Ngoma said.

He admitted that the team had a short time to learn Chichewa revealing that originally the movie was supposed to be in English.

“But the director suggested some lines in Chichewa to bring in reality but also give it all the Malawian feel. The whole script was in English and so changes had to be made,” Ngoma said.

It was a serious business in shooting the film which one can notice the results in the trailer as regards quality pictures and sound among others.

Shooting the film at Wimbe in Kasungu saw the team even open an old farmers shop that closed a long time ago and they had to restock it.

Other Malawian actors who are part of the film include Philbert Falezeka, Amosi Chimpokosela, Kelvin Chimpokosela, Edwin Chonde and Lomuthi Jere.

Former National Theatre Association of Malawi President, Ian Chitsekula, stars as a man on line in the movie.

“I was on the queue to buy maize at Admarc where I exchanged few words with the main actor,” Chitsekula said.

He said he had a very good time as part of the cast.

“We drew a lot of lessons that need to be embraced by the local film industry makers if we are to shine,” Chitsekula said.

He also said that participating in the movie also gave them an opportunity to earn handsomely.

Recently South Africa-based actor Eugene Khumbanyiwa, who has starred in high profile movies said the country had made a kill by having Ejiofor and Hollywood team come to Malawi.

Before The Boy Who Harnessed the Wind book came out, The Daily Times wrote a story on Kamkwamba’s wind turbine in November 2006 and the story circulated through the blogosphere.

This saw Ted conference director Emeka Okafor inviting Kamkwamba to talk at Ted Global 2007 in Arusha, Tanzania as a guest.

His speech moved the audience, and several venture capitalists at the conference pledged to help finance his secondary education. His story was covered by Sarah Childress for The Wall Street Journal.

Kamkwamba became a student at African Bible College Christian Academy in Lilongwe. He then went on to receive a scholarship to the African Leadership Academy and in 2014 graduated from Dartmouth College in Hanover, New Hampshire.

Kamkwamba’s book, The Boy Who Harnessed the Wind, was selected as the 2013 1 Book, 1 Community title for Loudoun County, Virginia’s Public Library system. The 1 book 1community is a countywide reading programme that promotes community dialog and understanding through the shared experience of reading and discussing the same book.

In 2010, The Boy Who Harnessed the Wind was selected as the University of Florida in United States of America common book, required for all incoming students to read.

In 2014, it was selected as the common book at Auburn University and University of Michigan College of Engineering, as well and Kamkwamba made an appearance at each university to discuss his book and life.

The same year, Kamkwamba received his bachelor’s degree from Dartmouth College in Hanover, New Hampshire where he was a student and elected to the Sphinx Senior Honor Society.