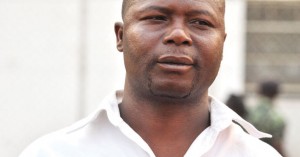 Fired Nyasa Big Bullets assistant coach Eliya Kananji has come out of the cocoon and refuted claims that he signed a contract to guide Bullets to two cups and the league title.

Kananji was speaking for the first time since his dismissal on Tuesday alongside coach Rodgers Yasini.

Breaking the news during a press briefing in Blantyre, Bullets Chief Executive Officer Fleetwood Haiya indicated that Kananji and Yasini had agreed with the club to win the league championship and two trophies.

However, Kananji said he told Haiya that winning two major cups and the league title would not be possible as all 16 Super League teams are also eyeing the same silverware.

“A lot has been said and I have been quiet all this time. I never signed a contract to win two major trophies and the league title. You may wish to know that before the season kicked off, Bullets offered me a ten-month contract which I refused. I did this because I thought it was unfair for them to do so as I had guided the team to Carlsberg Cup success and the second position in the Super League.

“The time I was signing a contract as a Bullets’ assistant coach, I told my colleagues in the technical panel that signing contracts just to give false hopes to club officials was not on. My colleagues signed their contracts but I did not. We finished second in the league last season and in 2016 and I told them that after finishing second for two years, I would win the league title this season,” Kananji said.

On speculations that he was in bad books with other players in the team, the former Be Forward Wanderers and defunct Blantyre United mentor said he has never had grudges with his players.

“My relationship with the players was always good. If you ask them, they would tell you the truth. It is disappointing that there are many things being said about me and Yasini when we tried our best to put the club where it is now,” Kananji said, adding that he wishes Bullets well in their quest to lift the title.

Bullets fired Kananji and Yasin after the team lost 4-3 against Masters Security in the Carlsberg Cup semi finals at Civo Stadium on Sunday.