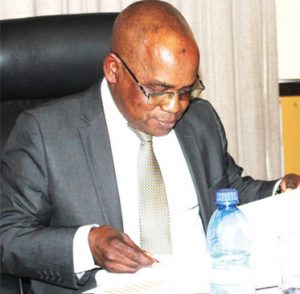 Electricity Supply Corporation of Malawi (Escom) has said it would engage the Malawi Energy Regulatory Authority (Mera) for a reconsideration of last week’s 31.8 percent electricity base tariff hike approval.

Escom said this in Blantyre Tuesday at a press briefing its Chief Executive Officer, Alexon Chiwaya, held with other senior managers.

The financially struggling parastatal proposed a 60 percent four-year base electricity tariff increase between 2018 and 2022.

The utility body has also said it would go ahead with the proposed K30 billion borrowing from banks to settle debts the utility has in its books.

Chiwaya said, while the new tariff hike would help Escom improve on its service delivery, the cost of buying electricity remains high.

He said Mera did not approve some proposed investment plans which Escom made aimed at upgrading electricity supply in the country, hence the slashing from the proposed 60 percent hike to 31.8 percent.

“To attain the ambitions [of improving service delivery], we needed to have more money and the money would only come from the tariffs. Some projects have not been considered hence the need to re-engage Mera on the matter,” Chiwaya said.

Among other areas, a sum of K57 billion was proposed by Escom in the 2014-18 and 2018-22 base tariff as an investment cost for the Malawi- Mozambique interconnector.

“As part of the review by Mera, sums included in the previous base tariff [2014- 18] were deducted. A sum of K11 billion was provided for in the 2014-2018 for this project [Malawi-Mozambique interconnector] and this is the amount that was to have been deducted, leaving K46 billion in the 2018-2022 base tariff. However, [Mera] deducted a further K20 billion leaving K26 billion in the approved projects for the 2014-2018 base tariff,” Chiwaya said.

The projects were estimated at a K4.1 billion cost. However, Mera turned down the proposal.

The 132 Kv Eastern Backbone transmission line from Nkhoma via Salima to Chintheche substations was also included in the base tariff submission to Mera at an estimated cost of K43.1 billion.

“The increase will assist us in moving towards a cost reflective tariff but it would not be as cost reflective. Our current position is to go back to Mera and seek consideration. It is not an appeal but we are rather going to request for reconsideration,” Kabwazi said.

Escom has been sailing through troubled waters in recent times due to, among other things, bad procurement decisions which resulted in the firm buying equipment it does not need.