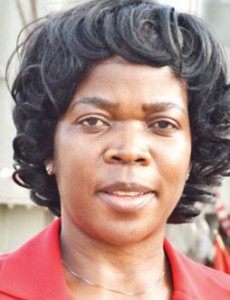 The row between workers at Electricity Supply Cooperation of Malawi (Escom) and government on the unbundling of the company could finally be over as government wrote individual employees assuring them of job security after the process.

About 2,500 Escom employees, through their Union, last year wrote government warning that they would withdraw labour unless government offered individual job assurance letters in addition to maintenance of the prevailing conditions of service once the unbundling process is completed.

Government, through the Ministry of Energy, is expected to unbundle Escom into two entities with one focusing on power generation and the other dealing with transmission and distribution to increase efficiency in the sector.

The development caused anxiety among workers at the parastatal as they feared for their jobs and they also demanded that they be paid separation packages.

In an interview on Tuesday, President for Escom workers Union Patrick Nadzanja confirmed the development saying the workers decided to move on after a show of commitment from government to honour their demands.

“I can confirm that government wrote letters to employees assuring them of their job security once the unbundling is done so in the interest of the nation, we as workers decided to move on as we have now been assured that no one will lose his or her employment as a result of the unbundling process,” said Nadzanja.

He also stated that the Office of the President and Cabinet had already informed government’s Human Resource Department about the decision.

“Currently, the human resource department of government has engaged in consultations with the employees and has also been advised to come up with new structures on how best to accommodate the staff into the new company which would be introduced after the unbundling process,” he said.

Nadzanja however was quick to say that the union is still monitoring the extent to which government will commit to meeting the workers’ demands saying the unbundling issue remains a concern to the over 2500 workers at the parastatal.

“We also considered the repercussions our actions (withdraw of labour) could have on ordinary Malawians, but suffice to say that we will continue observing how far government will go in addressing our concerns,” he said.

In a separate interview, Escom Public Relations Manager Kitty Chingota confirmed that management had written the employees assurance letters but could not divulge more information saying the letters were confidential individual contractual agreements.

“This issue was resolved last year and Escom employees have moved on with the unbundling process,” said Chingota.