All eyes are on Brussels this week as European Union leaders convene in Belgium’s capital to find a joint solution to tackle the energy crisis, which has been gnawing at the bloc for more than a year.

Energy prices – determined by the price of crude oil, natural gas and coal – began soaring last year as a result of Covid lockdowns being lifted, followed by Russia’s invasion of Ukraine this year.

“Russia’s war on Ukraine has severe consequences on global and European energy markets,” European Commission President Ursula von der Leyen said at a press conference in the French city of Strasbourg on Tuesday.

Before the war, 40 percent of the gas used in the EU was supplied by Russia. But in July, due to Moscow’s aggression in Ukraine, the bloc agreed to cut Russian gas usage by 15 percent, in an effort to wean off its dependency.

In retaliation, the Kremlin cut gas supplies to the EU with Russian gas giant Gazprom announcing that the Nord Stream 1 (NS1) pipeline, which delivers gas to EU countries like Germany, would be shut for maintenance work indefinitely.

Jacob Funk Kirkegaard, a senior fellow at the German Marshall Fund of the United States in Brussels, told Al Jazeera that Russia’s actions could imperil the European energy crisis “a lot” in the short term.

“But in the medium and long term, it will greatly accelerate the EU’s green agenda, helping the bloc transition to using more solar, wind and nuclear energy, and also become independent of Russia, OPEC [a global cartel of petrol-producing nations] or any other fossil fuel producers,” he added.

After European gas prices reached a record high of more than 343 euros ($335) per megawatt-hour in late August, protests erupted across the EU with people calling on the bloc to find sustainable solutions.

But according to Kirkegaard, EU nations will continue pursuing different strategies because of their domestic circumstances.

“There is a trade-off between social peace, energy demand and fiscal costs that each government will have to find according to their own circumstances,” he told Al Jazeera.

“Given the negative impact the energy price rise has on living standards and purchasing power, it is quite predictable that protests will occur,” Kirkegaard added.

Some EU nations, like Belgium, Italy, Poland and Greece, are keen to set a limit on gas prices. Others, like Germany and the Netherlands, fear a price cap would paralyse the gas supply market.— Al Jazeera 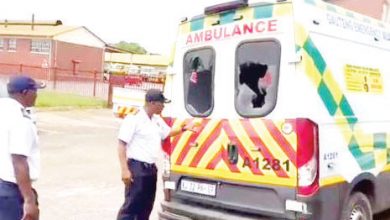