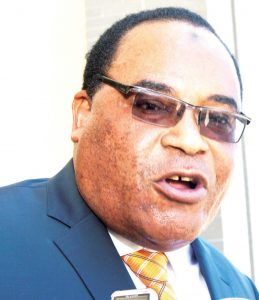 He said this during a political rally organised at Masintha Ground in Lilongwe Sunday.

“There will never be a day when the President will complain about me. The President should rule in the next five years without anyone disrupting his development plans,” he said.

He then urged Malawians to give the president another card to the State House, saying Mutharika has delivered development projects beyond people’s expectations.

“The President has developed Malawi. The President is ruling and has an agenda. I am there to be delegated and show him the results.

“In fact, the President started sending me on errands a long time ago. We will never find a leader as kind-hearted as Mutharika. He is castigated but keeps quiet. He has never arrested anyone on political grounds,” Chimulirenji said.

Chimulirenji, who outlined some of Mutharika’s landmark projects, also spoke against attacks on people with albinism, saying life is sacred.

“It is inhumane, satanic and an insult for someone to wake up one day and kill a person with albinism. Anyone who knows where the market is should reveal now, instead of dilly-dallying, because our brothers and sisters with albinism are dying now,” he said.

The Masintha rally was his second, after being unveiled as Mutharika’s running mate.

“Our duty is to support the DPP, Adadi Professor Arthur Peter Mutharika and Chimulirenji. We have to be united to defeat the Malawi Congress Party, UTM, instead of fighting amongst ourselves. Let us focus on the political enemy. After Chimulirenji was chosen as running mate, no one can say mfwi [complain]! We have to be united,” Mussa said.

“We also have a power-sharing agreement with Zambia as one way of addressing the problem of power outages. Professor Arthur Peter Mutharika is also implementing a social cash transfer programme. We also have housing and fertiliser subsidies,” she said.