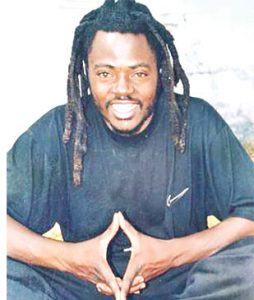 The 16th edition of the free annual Evison Matafale Memorial show is on and will be held at Civo Ground, Gadaga, in Chileka, Blantyre, on Sunday.

Black Missionaries’ lead vocalist, Anjiru Fumulani, Thursday said— apart from celebrating the lives of Matafale, Musamude and Gift Fumulani and other fallen Chileka artists— they will use the occassion to preach peace and love.

“We, as Malawians, should love one another, Malawi is our home.

“Next year, we are heading to the elections, let us refrain from indulging in violence. We may have political differences but we are all Malawians,” Anjiru said.

“In most cases, youths are used as tools for perpetuating violence.

“But the youth should be focused and understand that they have a responsibility to the nation,” he said.

Anjiru also called on people to patronise the memorial as usual and refrain from indulging in violence.

Last year, the show ended prematurely due to rains which were accompanied by heavy winds that damaged some instruments.

“We are just praying for good weather; otherwise, we are set for the memorial,” he said.

Matafale, who formed and led Black Missionaries, died on November 27 2001 while in police custody following his arrest after authoring what was considered seditious material.

The reggae maestro rose to fame and became one of the country’s favourite musicians by the year 2000 through the release of his debut album Kuimba 1 in 1999.

Matafale was known as ‘the prophet’ in the country and was seen as an elder in the community of Malawian Rastafarians.

Black Missionaries has continued the journey that Matafale started, so that they have managed to release several Kuimba albums, the latest being Kuimba 11.