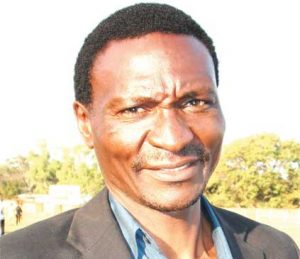 Fam bankrolled the live airing of the ceremony on State broadcaster Malawi Broadcasting Corporation’s (MBC) television and Radio One for about five hours.

The association used the airtime it bought on the two media platforms to advertise the Rough Diamonds Tournament which drew the participation of regional select teams from the North, Centre and South, and an under-20 national select over the weekend at Bingu National Stadium in Lilongwe.

Questions could be raised on Fam’s neutrality and non-discrimination after it failed to sponsor the other candidates and chose to use Mutharika only for marketing the competition.

Fam Commercial and Marketing Director, Limbani Matola, said they used the nomination paper exercise as an advertising platform to market the two-day tournament.

Matola said the sponsorship had nothing to do with politics, saying Fam is an independent body and acts professionally.

“It is a misconception. People are only focusing on what we did with MBC but we advertised the same product on Times Radio and Television. We failed to transact with Zodiak because of other issues. We were late to advertise the tournament and, knowing that everybody’s attention was on the nomination paper presentation, we chose to grab the opportunity.

“We asked media houses to advertise the tournament from one o’clock to half past five and we achieved our goals because many people turned up to watch our select teams in action. We would not have managed to sponsor a five-hour programme. What we could afford was to use activities that were already there,” Matola said.

But he declined to disclose how much Fam paid for the advertising. However, MBC’s rate card puts K58,560 as the charge for a one-minute prime time slot. Standard time one-minute slot costs K36,600.

A one-hour sponsored programme on the State broadcaster costs K461,340 and bankrolling a two-hour programme would cost up to K922,680.

Kaira said the move would lead people into thinking that the country’s football governing body has interests in the May 21 Tripartite Elections.

“This is shocking, to say the least. Why did they choose a political event to advertise a football tournament? Football is not supposed to be politicised in any way as it caters for people of all political affiliations. This is strange to me and I have never heard about such partisan behaviour by a football association anywhere.

“There are various sports programmes in our radio and television stations. Why did they leave them out in preference for a political activity? I would suggest that ACB [Anti Corruption Bureau] should act on this because it is affecting football in Malawi and it has brought doubts to football lovers on the sincerity of Fam,” Kaira said.

Fam’s move could also be against Fifa’s member association statutes Standing Order 15 which, among others, reads: “Member associations’ statues must comply with the principles of good governance, and shall in particular contain, at a minimum, provisions relating to the following matters: To be neutral in matters of politics and religion, to prohibit all forms of discrimination, to be independent and avoid any form of political interference…”

In cases where a member association seriously violates Fifa Statutes, regulations or decisions, the world football governing body may expel it but only at the request of the Council.

In Standing Order 4, which covers non-discrimination, equality and neutrality, Fifa stipulates that it remains neutral in matters of politics and religion.

Recently, Fam bemoaned the lack of adequate financial support from the government as a contributing factor to the poor performance of the country’s national teams.

During a meeting with the Parliamentary Committee on Social and Community Welfare at Parliament Building in Lilongwe, the association asked for direct funding if the situation is to improve.