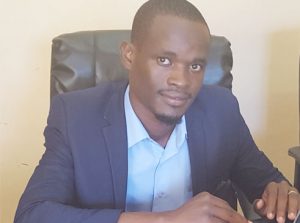 Football Association of Malawi (Fam) is set to complete the second phase of the Club Licensing System on Wednesday next week ahead of the 2019 season.

Fam Club Licensing System Manager Casper Jangale and Competitions and Communications Director Gomezgani Zakazaka were in the Northern and Central regions this week for the exercise.

Jangale said the stadium has no terraces and toilets in addition to its lack of terraces for spectators.

“It is unacceptable to have spectators watching top matches while standing. But we commend Rumphi District Council for coming up with the stadium. This fulfills one of our main objectives of taking football to the rural areas. Mangochi Stadium opened last season and we also had Mulanje, Karonga as well as Kasungu coming on board. “We were looking at an alternative for Mzuzu Stadium which is almost 70 kilometres from Rumphi. The distance is not that far for Mzuzu teams. Rumphi District Council needs to work on terraces and the VIP area. We have also advised them to construct terraces for their stadium,” Jangale said.

He said Southern Region-based top flight clubs are set to complete the second phase of the exercise next week.

Jangale said the next phase of the exercise will involve delivery of all reports from all the 16 Super League teams to the First Instance Body (FIB) which issues licenses.

“FIB will release names of clubs that have passed the exercise this year and this will be on March 9. But all in all, it is pleasing to see clubs playing their roles in promoting the game. We believe that they understand what they are supposed to be doing,” he said.

The 2019 season officially kicks off on March 30 with the Charity Shield that will involve four teams at Kamuzu Stadium in Blantyre.

When community support pays off