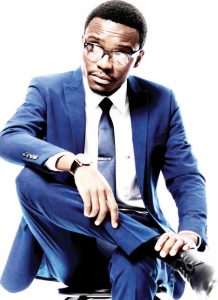 FDH Bank has honoured a Memorandum of Understanding (MoU) the bank made with Medson Kapeni, popularly known as Made See by sponsoring K1 million towards his music production.

The bank paid the artist’s school fees but he was later expelled on behavioral grounds.

Reacting to FDH’s gesture, Made See said he plans to use the money with his new management despite being under Namartists when the MoU was signed.

Made See further revealed that his album will have 10 songs, but the artist said he is yet to come up with a title for the album.

On his part, FDH Bank Marketing Manager Ronald Chimchere said the bank simply came with an interest to make sure that the potential of the artist is realised.

“Our interest was to promote him as an artist. So the pledge we made is what we are honouring now. Nothing changed the contract.

“FDH has nothing to do with the controversy that was between our Brand Ambassador and Made See. We however had a discussion with his guardian, the artist’s mother. We agreed that we should release the money for the artist’s advancement,” Chimchere said.

In recent weeks, Made See was seen in videos that made rounds on social media as the artist accused Namadingo of not helping him grow as an artist.

Namadingo reacted to the controversy by simply saying Made See needs to be helped in the best way possible.