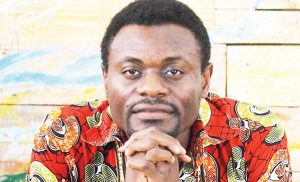 They are refugees and have lived for years at Dzaleka Refugee Camp in Dowa District. Inside, the camp it is almost a village.

It is a place where you find churches, schools, a market and shops, among others, because refugees have no chance to go outside.

They did not choose to be refugees but circumstances, including war, brought them to this place.

Inside Dzaleka, one meets some innocent children who were born here but are called refugees. They do not have the freedom to live a normal life.

At Dzaleka you meet people with amazing talents ranging from poets, musicians and dancers but they have no platform to show these talents to the world.

But with all the challenges they go through to access some of the necessities ,let alone showcase their talents, there is at least hope for them in one special festival known as Tumaini.

If you go around the world, you will never find a festival that is celebrated inside a refugee camp.

But Malawi has Tumaini thanks to Trésor Nzengu Mpauni, better known as ‘Menes la Plume’, in the creative circles.

A Congolese slam poet, Menes came to Malawi in 2008 as a political refugee.

Having stayed at Dzaleka for years, he later formed the Tumaini Letu (formerly known as Dzaleka Cultural Association), with the aim of promoting cultural exchange among refugees.

And still pushing his poetry and music despite being a refugee, he performs in different shows advocating for refugee rights and peace in Africa.

It was, however, in 2014 that he introduced Tumaini Festival, which has grown immensely and will, this year, be held for two days starting today to tomorrow.

Determined to use arts to speak about refugees, in November 2015, he released his debut 12-track music and poetry album titled Far From Home in which he shares about his experiences as a refugee and the conflicts in Africa.

Dzaleka is the only permanent refugee camp in the country and is located in Dowa District, 45 kilometres from Lilongwe.

It has a population of approximately 28,000 refugees and asylum seekers from mainly Democratic Republic of Congo, Rwanda and Burundi with smaller numbers of people from Somalia, Ethiopia, South Sudan and other countries.

Menes said since Dzaleka was established as a refugee camp in 1994, there had never been a large event organised which centered on the needs of refugees as human, social, and expressive beings.

While events have existed for World Refugee Day and International Women’s Day, Menes said they have invariably centred on official speeches, backed with just a few performances.

This is why today Menes is on top of the world that Tumaini which is a Swahili word which means hope, has grown to give refugees hope where they are able to express themselves through their talents but also get to enjoy live performances from artists they only listen to on the radio.

According to Menes, the first and second Tumaini festivals proved the benefit of such an event to the refugee, asylum-seekers and wider Malawian community as it joy and hope.

“It allowed people to reduce the trauma and temporarily forget about the persecution that leads people to flee their countries to become refugees,” he said.

Menes maintained that refugees at Dzaleka need an avenue to enjoy artistic expression, separate themselves from the difficulties of their lives and foster pride as local and Malawian national artists.

“Dzaleka needs an avenue to promote its strengths and bring its voice to Malawi and the world,” he said.

He said, while Malawi has ratified the 1951 UN Convention relating to the status of refugees, it holds nine reservations to this convention.

“Specifically, this means that, among other things, refugees do not have the right to employment, the right to property, or the freedom of movement. This greatly isolates refugees, limits their financial capacity, and restricts their ability to access cultural events available to Malawians and expatriates,” he said.

He said Tumaini Festival meets all these needs while also benefitting the host community “as we all stand, sing, and dance together for peace”.

He further said that Tumaini Festivalpresentsauniqueopportunity to support an innovative cultural event, developed and delivered by refugees and Malawians to promote intercultural harmony through entertainment and artistic expression.

Due to the problem of resource constraints, Menes and team use different fundraising drives to raise funds for the festival and one of them is crowdfunding.

During Lake of Stars Festival 2018, which also supports Tumaini, Menes and team had a stall which sold Chapati simply to raise enough for the 2018 festival.

“Preparations for the 2018 edition have been super and we are excited to be back again this time and for two days for that matter,” he said.

Menes said they were excited that people are motivated and that many are booking to stay with the community to enjoy their inaugural home stay programme.

He however, revealed that due to a combination of funding challenges and logistical issues a small number of the advertised artists will not be able to appear at this year’s festival.

“We still have an exciting, varied and packed programme showcasing top talent from Malawi and the camp. The artists not appearing this time are Muhanya, Goma Nyondo, Tudulos Band and Erik Paliani,” he said.

Menes said they were inviting the Malawian audience to come and experience the two days festival and the home stay programme they are launching this year.

This year after a two year break, Menes returned to the stage.

The Tumaini founder spent the two past years focusing on the growth of projects such as setting up Tumaini Letu and Tumaini Festival.

“Apart from the work on Tumaini, Menes faced challenges on missing international opportunities because of not having travel documents,” he said.

This year Menes received his travel documents from the government of Malawi and is ready to open his wings to reach different corners of the world with his message of peace, unity and tolerance as well as fighting inequality and injustice and raising awareness about refugee issues.

Menes performed at Brave Festival in Wroclaw, Poland in July 2018.

“The Brave Festival aims to promote marginalised arts and give a platform to artists with great courage and inspiring stories to tell and so I am happy to have performed there and learnt a lot of lessons to help me build Tumaini,” he said.

In August 2018, Menes also had a show in Lilongwe where he offered Unchained Words sharing his spoken word poetry in French, English, Lingala, Swahili and Chichewa mixed with Congolese jazz music.

“A lot has changed at Dzaleka since we started Tumaini and talent has been exposed to the outside world and freedom is there,” Menes said.

US Embassy to hold college fair

Things are not adding up