Dust is refusing to settle following Fifa President Gianni Infantino’s cancelled trip to Malawi as some quarters have linked it to Football Association of Malawi (Fam) forthcoming elective annual general meeting set for December 14 in Mangochi.

The social media was awash with reports that Infantino had cancelled his trip on Wednesday at the 11th hour alleging that Fam boss Walter Nyamilandu wanted to use it as a campaign gimmick.

Social media speculated that Nyamilandu’s camp had printed banners and flyers depicting Infantino’s face supporting the incumbent’s Raising the Bar manifesto ahead of the polls.

However, Nyamilandu, sounding cool, said the challenges at Chileka Airport were real.

“We live in a very funny world. The same people were not happy when the visit was announced and the same people are peddling lies about the postponement of the visit

“Fifa will come back next year once Chileka Airport is fully functional. We requested for the visit long time ago for the sake of national interest and not to gain political mileage. It’s a shame that other people are propagation lies and they have become serial liars,” he said.

Nyamilandu denied his camp had printed T-shirts, flyers and banners which purportedly showed that Infantino was supporting his candidature.

“It is not from my camp. They [rivals] are the ones that produced banners and T-shirts to campaign and politicise the event. We have evidence of all this information,” he said.

Infantino was expected to inaugurate Mpira Stadium in Blantyre and Fam Football Academy, but cancelled his visit at the 11th hour due to safety reasons.

Fam indicated that as a result of ongoing rehabilitation works at Chileka International Airport in Blantyre, Infantino’s plane, would not land.

Meanwhile, Chileka Airport Commandant, Dixie Kwatani, while confirming being aware of Infantino’s trip, said he was not surprised following the failed trip.

“We were in touch with Fifa. We exactly knew the plane they were going to use and how many people would come. However, I wasn’t surprised with their cancellation. We asked for certain information and they did not give us. We only learnt it through the media that Fifa had cancelled the trip,” he said.

This is in contrary to Immigration spokesperson, Blessious Ayinane, who said he was not aware of Infantino’s trip The Daily Times has stumbled on a visa which the department issued on November 22, to 10-member Fifa delegation.

While in the country, Infantino was expected to, among other things, tour Fifa funded projects including Chiwembe Technical Centre and launch Fam Football Academy.

The Fifa boss was also expected to be accompanied by Cameroon legend Samuel Eto’o and other high profile officials.

Flames legends Ernest Mtawali and Patrick Mabedi were set for the showpiece.

Economy to reap from new Malawi Bureau of Standard laboratory 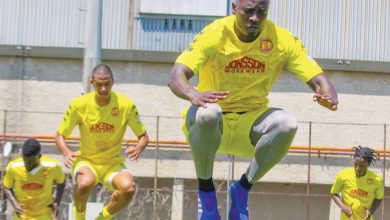 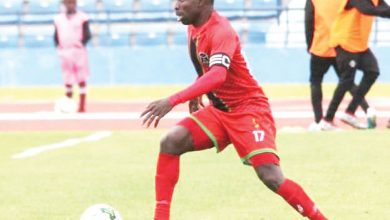