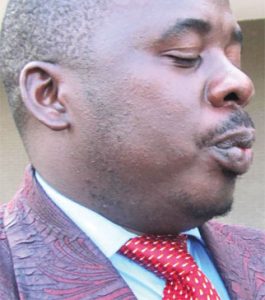 Football Association of Malawi (Fam) President, Walter Nyamilandu and his delegation Wednesday met members of Parliament in Lilongwe to explain why the Flames, under Ronny van Geneugden (RVG), are underperforming.

After the meeting, while appreciating concerns over funding hitches and inadequate support from the government, Social and Community Affairs Parliamentary Committee urged Fam to do something on the Flames’ sloppy performance—even if it means firing RVG.

The Flames have failed to win in two consecutive Cosafa Cup editions while scoring just once and are also out of the 2019 Africa Cup of Nations qualification race.

In view of this, the committee’s chairperson, Richard Chimwendo-Banda, said Nyamilandu and his team attributed the Flames’ struggles to [issues such as] underfunding, lack of monitoring of talent, failure to recruit coaches and disjointed relationship among Labour, Youth, Sports and Manpower Development, Fam and Malawi National Council of Sports [officials].

“In a nutshell, we have come to agree that the Flames have not been performing… they need to do something to change the situation…either they will fire the coach—that does not come from us—but we have made it very clear to them that, consistently, the Flames have not done well. They have failed when you compare to the past performance,” Chimwendo- Banda said in a recorded interview which The Daily Times has received.

Briefing the media after the meeting at the Parliament Building, Nyamilandu described the meeting as a wonderful opportunity for them to set the record straight on misinformation regarding the Flames and the recruitment process of RVG.

“We explained why we have RVG and why our performance is as it is—not too many wins and a lot of draws. And it is because of the investment that has gone into the team. We have been rebuilding in these two years. When RVG came, he inherited a team which was broken, which was dysfunctional. We had missed three editions of Afcon. Business as usual wasn’t going to work,” Nyamilandu added.

He said the recruitment process of RVG was transparent and involved Fam’s youth and technical sub-committee and Executive Committee.

Nyamilandu said six coaches applied for the Flames job, four were shortlisted and interviewed. He was responding to the jibe that RVG was recruited through You Tube.

“We did all interviews over the phone and online, with all the candidates assessed on their capabilities,” he said.

The committee summoned Fam, who were also represented by general secretary Alfred Gunda, competitions and media director, Gomezgani Zakazaka and vice president James Mwenda, after getting a petition from a group calling itself Concerned Football Fans led by Kalowe Ajazi and Henry Gome.

Zakazaka later posted on his Facebook page, describing the meeting as successful and that Parliament had agreed to fund the Flames directly. Currently, funds for the Flames assessment come from the council’s budget.